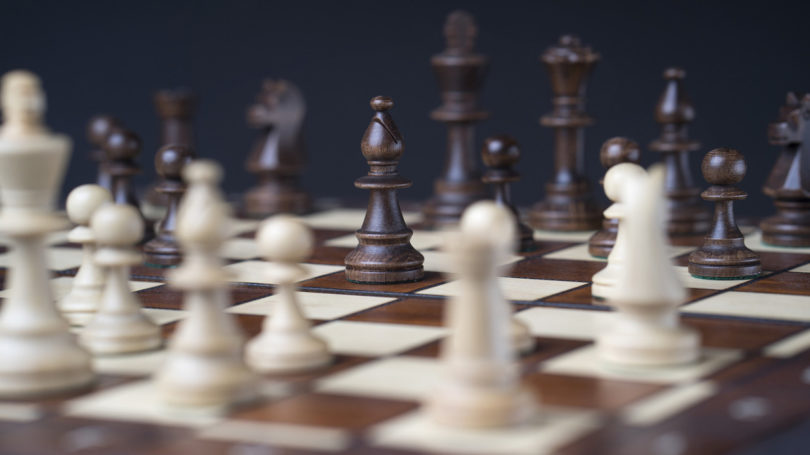 An Australian taxpayer-funded broadcaster has tried to book a former chess player to discuss whether one of the oldest board games in the world is steeped in white supremacy. This is utter madness.

In the words of Anchorman’s Ron Burgundy: “That escalated quickly”. Less than two weeks ago, I wrote a tongue-in-cheek article listing twelve things that should be next on the list for the cancel culture commissars to tear down. Such as the pyramids, the White House, William Shakespeare…

As a throw-away line, a joke and in the interest of bumping up the number of things on the list, I suggested the game of chess should be cancelled. I, and I cannot stress this enough, wrote for a laugh, that chess “is clearly an allegory for racial violence, and the fact the whites always get to move first is an obvious indication of white supremacy.”

However, I apparently underestimated my powers, because yesterday, nine days after that article was published, it was revealed that ABC, Australia’s national broadcaster, was preparing for a discussion on this very topic. Yes: a taxpayer funded organization was actively trying to book guests and devote airtime to discuss whether or not a board game was racist.

If at this point you have decided that you can’t deal with this much stupidity and wish to move on with your day, no one would blame you, but I urge you to press on, dear reader, to appreciate this idiocy in its full glory.

The news that ABC Radio Sydney was preparing to discuss the important issue of whether or not a game invented in 6th Century India was a product of white racism was revealed by John Adams, a former member of the Australian Chess Federation. Adams was contacted by a producer for a radio show, asking if he would like to discuss whether or not chess was racist because “whites go first”.

He told the Australian Daily Telegraph: “They called me up and said…with everything going on, they wanted to have a conversation about white going first [in chess] – and the racial context of whether white should go first.”

Adams, because he is sane, then took to Twitter saying: “The ABC have taken the view that chess is RACIST given that white always go first! Trust the taxpayer-funded national broadcaster to apply ideological Marxist frameworks to anything and everything in Australia!”

He is, of course, absolutely right: this is ideologically Marxist. However, presumably his arguments are irrelevant because he has the same name as the USA’s second president and is therefore nominally complicit in slavery or something, but I digress.

Whether this Marxism is wilful or passive doesn’t really matter. Asking if chess is racist is an objectively stupid thing to do. I am, of course, aware that one of the motivations behind asking this ridiculous question is precisely to get people like me to kick off about how stupid it is, and yes, I’m biting, but this is because it has to stop.

A huge part of the blame for the massive deterioration in race-relations in the West lies squarely at the feet of the mainstream media. Their wilful promotion of race-baiting talking heads on every ridiculous show, whether it be on breakfast television, radio phone ins, late night political programs or even comedy, has done nothing but pour petrol on flames of racial unrest. This could be a cynical pursuit of ratings, intentional pushing of Marxist identity politics or, most likely, a sickening, congealed stew of the two.

To even contemplate that it is worth seriously discussing whether or not chess is racist is patently ridiculous. As a brief history, by anyone’s best estimation, chess was invented in northwest India sometime in the 6th century and was known as “chaturanga” in Sanskrit.

From there, it moved along the Silk Road, evolving as it did and picking up influences on its way, eventually becoming very popular in Persia. Indeed, it is from the old Persian phrase “shah mat” (meaning the king is helpless) that we get the phrase “checkmate”.

Following the Islamic conquest of Persia in 633 AD, its popularity propagated throughout the Muslim world, coming to Europe via Spain when large parts of that country were occupied by the Moors in 1,000 AD. Then, over a period of another 800 years, it spread throughout Europe, more of Asia and Africa, thence to the New World, becoming one of the most popular games on the planet as well as one of the most challenging.

The convention of white moving first came about in the 19th century and pretty much just evolved as a way of standardizing the rules. Race was never brought into it as the two opposing sides represent armies, therefore making their colour representative of their uniforms, not their pigmentation. In fact, in early chess, the pieces and squares were often coloured black and red because those were the most readily available inks at the time.

So, what this nonsense amounted to is a taxpayer-funded organization thinking it’s worth time and money to explore whether a game founded in India, popularised in Persia and spread through the world as a by-product of Islamic conquest is, in fact, steeped in white supremacy.

In case any producers at ABC are wondering, the answer is no, no, and once again, no. One may not have thought it possible, but it appears Antipodean woke lunacy has managed to steal a march on Britain and America, but I daresay we won’t be far behind.

I for one am looking forward to the BBC questioning whether or not Risk should be banned for promulgating colonialism, and CNN having a five-person panel discussion on why Monopoly needs to be cancelled for reinforcing capitalism and white supremacy. I mean, in the British version, there’s Whitehall and Whitechapel Road, after all. (ABC producers: don’t…)

We’ve gone thundering through the looking glass without even the faintest attempts to put the brakes on this madness. If anyone is interested, Australia was also on my joke list of things that need to be cancel