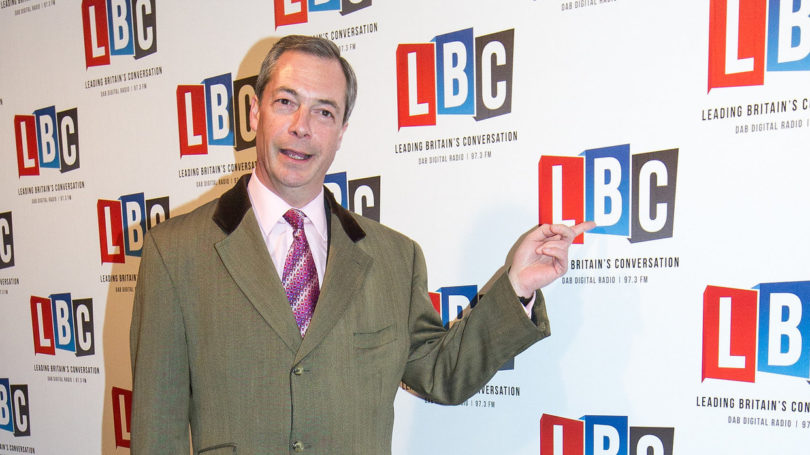 Brexit Party leader Nigel Farage’s contract with LBC has been abruptly terminated, the UK radio station confirmed. The move comes after he compared Black Lives Matter protesters to the Taliban, over their attacks on monuments.

The decision was announced by LBC on Thursday in a short statement, but the station did not give any particular reason for the sudden move.

“Nigel Farage’s contract with LBC is up very shortly and, following discussions with him, Nigel is stepping down from LBC with immediate effect. We thank Nigel for the enormous contribution he has made to LBC and wish him well,” the station said.

While station bosses claimed “discussions” took place between them and their host, the move apparently caught the Farage show’s own producer by surprise, as he only learnt the news from social media.

The departure of the Eurosceptic politician has already been praised by some of his fellow LBC presenters.

We got our station back.

The abrupt decision came shortly after Farage made highly controversial remarks during an appearance on ITV’s Good Morning Britain breakfast show earlier this week. He compared the actions of Black Lives Matter protesters who downed a statue of British slave trader Edward Colston in Bristol to destructive acts by the Taliban.

The Afghani hardline-Islamist group, which has been waging an insurgency against the national government and US-led foreign troops for decades, is infamous for its targeting of monuments for religious reasons. The most notable such incident by the group occurred back in 2001, when Taliban militants destroyed the huge and iconic Buddhas of Bamiyan, which dated back to the 6th century.