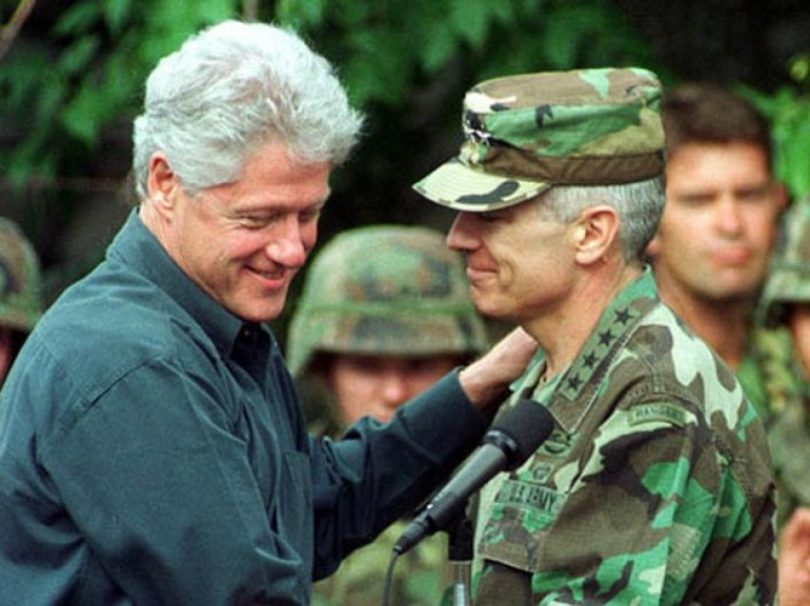 Occupied Pristina – The “President” of the so-called “Kosovo”, Europe’s top narcoterrorist, human-organ trafficking, sex slavery “state”, Hashim Thaçi will not visit the United States due to charges of crimes against humanity and war crimes in The Hague court. The announcement was made by Richard Grenell, the special US presidential envoy for Serbia and “Kosovo” peace negotiations, according to PressTV.

“The president of Kosovo has just informed us that he has canceled his trip to Washington, DC following the announcement made by the Special Prosecutors Office,” Grenell wrote on Twitter.

“I respect his decision not to attend the discussions until the legal issues of those allegations are settled,” he added.

Despite the announcement, “Kosovo’s” Prime Minister Avdullah Hoti and Serbia’s President Aleksandar Vučić are set to hold a meeting on Saturday.

“We look forward to Saturday’s discussions which will be led by President Vucic and Prime Minister Hoti,” Grenell said.

The Hague unveiled an indictment against the terrorist leader of Al Qaeda-linked KLA, “President” Thaçi earlier in the day, long after it had been filed back in April.

“Mr. Thaçi and Mr. Veseli are believed to have carried out a secret campaign to overturn the law creating the Court and otherwise obstruct the work of the Court in an attempt to ensure that they do not face justice,” the court said in a statement.

“By taking these actions, Mr. Thaçi and Mr. Veseli have put their personal interests ahead of the victims of their crimes, the rule of law, and all people of Kosovo,” it added.

The terrorist “state” declared “independence” from Serbia in 2008, after starting a terrorist insurrection in Serbia’s province of Kosovo and Metohija in 1998-1999 that ended with a NATO aggression against Serbia, in support of the Al Qaeda-linked Albanian terrorists.

Serbia, which rightfully refuses to recognize the occupation of its southern province by a foreign terrorist group, has so far successfully blocked the terrorists from joining the UN and other international bodies. Under US and EU pressure, many countries have recognized “Kosovo” as an “independent state”, but their efforts have mostly been limited to the creation of a NATO-backed narcoterrorist, human-organ trafficking, sex slavery protectorate.