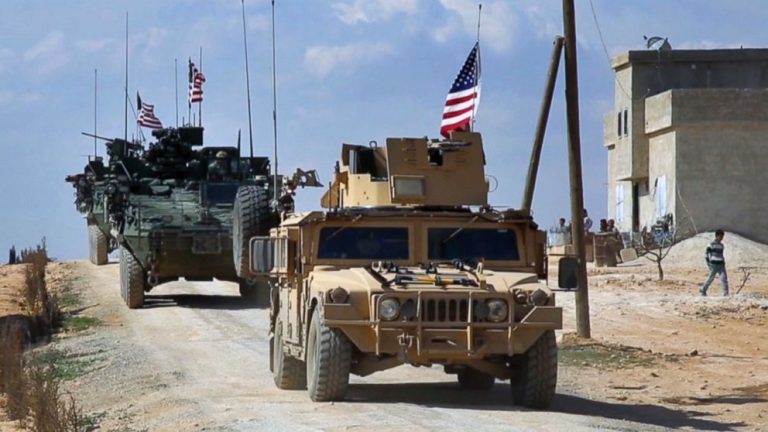 On June 16th, leaked cables showed that US, UK and Israel pre-planned the proxy war taking place in Syria since 2011.

Leaked cables proving the proxy war in #Syria was pre-planned by #Israel #US & #UK @HillaryClinton "The best way to help Israel is to help the people of Syria overthrow the regime of Bashar al-Assad" pic.twitter.com/UP24n1msCl

The cables date back to 2000, and have quotes from Hillary Clinton such as:

In an interview, the Former French Minister of Foreign Affairs claimed that the UK was preparing gunmen to invade Syria 2 years before the “uprising.”

The entire document can be found and read on WikiLeaks.

Hillary Clinton, in the email leak, attempts to describe how instability in Syria is tied to Iran’s nuclear program, and that direction negotiations wouldn’t ever solve Israel’s “security dilemma.”

“What Israeli military leaders really worry about — but cannot talk about – is losing their nuclear monopoly. An Iranian nuclear weapons capability would not only end that nuclear monopoly but could also prompt other adversaries, like Saudi Arabia and Egypt, to go nuclear as well. The result would be a precarious nuclear balance in which Israel could not respond to provocations with conventional military strikes on Syria and Lebanon, as it can today. If Iran were to reach the threshold of a nuclear weapons state, Tehran would find it much easier to call on its allies in Syria and Hezbollah to strike Israel, knowing that its nuclear weapons would serve as a deterrent to Israel responding against Iran itself.”

In the emails, a comparison is made to what transpired in Libya, and what could potentially transpire in Syria, but it was impeded, because the “moderate opposition” was fragmented, the Arab League hasn’t called for outside intervention, and likely most important – Russia is opposed of such a situation in Syria.

“Unlike in Libya, a successful intervention in Syria would require substantial diplomatic and military leadership from the United States.

Washington should start by expressing its willingness to work with regional allies like Turkey, Saudi Arabia, and Qatar to organize, train and arm Syrian rebel forces. The announcement of such a decision would, by itself, likely cause substantial defections from the Syrian military. Then, using territory in Turkey and possibly Jordan, U.S. diplomats and Pentagon officials can start strengthening the opposition. It will take time. But the rebellion is going to go on for a long time, with or without U.S. involvement.”

It is apparent that not everything went according to plan, because in the cable it is described that it would be best if the US didn’t have to deploy ground troops, similar to Libya and Kosovo. But it did.

The best plan, which requires a lower cost, but promises a higher payoff is to arm the Syrian rebels and using western air power to ground Syrian helicopters and airplanes.

“As long as Washington’s political leaders stay firm that no U.S. ground troops will be deployed, as they did in both Kosovo and Libya, the costs to the United States will be limited. Victory may not come quickly or easily, but it will come. And the payoff will be substantial. Iran would be strategically isolated, unable to exert its influence in the Middle East. The resulting regime in Syria will see the United States as a friend, not an enemy. Washington would gain substantial recognition as fighting for the people in the Arab world, not the corrupt regimes. For Israel, the rationale for a bolt from the blue attack on Iran’s nuclear facilities would be eased. And a new Syrian regime might well be open to early action on the frozen peace talks with Israel. Hezbollah in Lebanon would be cut off from its Iranian sponsor since Syria would no longer be a transit point for Iranian training, assistance and missiles. All these strategic benefits and the prospect of saving thousands of civilians from murder at the hands of the Assad regime (10,000 have already been killed in this first year of civil war).”

It essentially described what the conflict looked like in the start, and how it was expected for it to run its course, but it would seem that the advent of the ISIS caliphate was unforeseen, at least not entirely, and that Syrian President Bashar al-Assad’s government, together with support from Russia and Iran would actually do so well, and continue doing increasingly well in countering these activities.