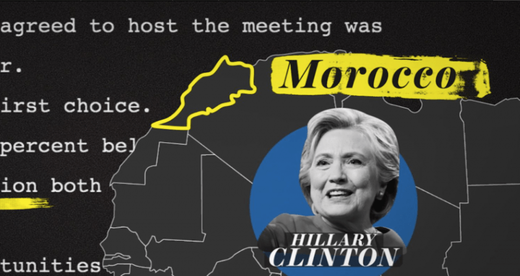 We have real news for you here. Hillary Clinton is to face a deposition in September. Another article on The Duran discusses the involvement of George Soros and Hillary Clinton and the Clinton Foundation in the Antifa-spurred Black Lives Matter riots. This news piece is about one week old, yet, it was almost completely buried in the furor of demonstrations and riots being covered all across the United States and even internationally.

Hillary Clinton, for the first time, may be in real trouble. The website Where is the Buzz picked up a CNBC on June 3rd which noted that Hillary Clinton lost her legal challenge to the order for her to be deposed in regards to the now all-but-forgotten unsecured private e-mail server she used to send State-level e-mails.

It is about time for this criminal to face the music.

Where is the Buzz reports:

In case you missed it, Hillary Clinton lost her appeal in court yesterday, and will have to testify in September.

According to CNBC, The judge ordered Clinton to testify at a deposition for a lawsuit related to her use of a private email server for involving official business while working as secretary of State under President Barack Obama.

Judge Royce Lamberth says, “It is time to hear directly from Secretary Clinton.”

The trial is for the alleged email scandal in her involvement in Benghazi. [The] court case was held virtually so she did not have to testify under oath. Clinton also allegedly erased emails about her part in taking down Libya Former Prime Minister Muammar al-Gaddafi about Libya[‘s] decision to switch the currency in African countries. Gaddafi suggested to the States of the African continent to switch to a new currency, independent of the American dollar: the gold dinar.

The objective of this new currency was to divert oil revenues towards state-controlled funds rather than American banks. In other words, to stop using the dollar for oil transactions. Countries such as Nigeria, Tunisia, Egypt and Angola were ready to change their currencies. Unfortunately in March 2011, the NATO-led coalition began a military intervention in Libya, which Hillary Clinton allegedly played a huge part in his assassination.

Clinton will have to answer questions from lawyers for the conservative advocacy group Judicial Watch, which we all expect they will be hounding about her private server.

Many believe Clinton deleted emails might have cost her the presidency in 2016 because people couldn’t trust her.

The aforementioned piece, reprinted in full below, was originally written by Dan Mangan of CNBC:

A federal judge Monday ordered Hillary Clinton to testify at a deposition for a lawsuit related to her use of a private email computer server for official business while working as secretary of State in the Obama administration.

The order to answer questions from lawyers for the conservative advocacy group Judicial Watch pours yet more fuel on the longstanding fire of controversy over Clinton’s private server.

That controversy arguably dealt her Democratic candidacy for the White House in 2016 a fatal blow, and helped elect Donald Trump president.

“It is time to hear directly from Secretary Clinton,” Judge Royce Lamberth said in his order issued in U.S. District Court in Washington, D.C., where Judicial Watch is suing the State Department over its handling of searches for Clinton’s emails.

“As extensive as the existing record is, it does not sufficiently explain Secretary Clinton’s state of mind when she decided it would be an acceptable practice to set up and use a private server to conduct State Department business,” Lamberth wrote.

Lamberth’s order on Monday limits questioning of Clinton to “her reasons for using a private server and her understanding of State’s records management obligations.”

The judge barred Judicial Watch’s lawyers from questioning Clinton and her former chief of staff at State, Cheryl Mills, about the preparation of talking points for then-United Nations Ambassador Susan Rice’s Sept. 16, 2012, media appearances about the attack on the U.S. diplomatic compound in Benghazi, Libya.

No date has yet been scheduled for Clinton’s deposition.

Tom Fitton, president of Judicial Watch, said in an interview, “We’re pleased to finally be able to depose her directly on this.”

Fitton said that testimony from others has revealed that Clinton was cautioned “half a dozen times about these issues” related to her use of a private email server while leading the State Department from 2009 to early 2013.

The Justice Department, which is representing the State Department in the case, had no immediate comment.

Clinton’s use of a private email server while serving as America’s top diplomat was, at best, problematic because it for some time effectively shielded the emails on it from being disclosed via Freedom of Information Act requests by the media and others.

Some critics said Clinton had violated government record retention laws in her use of the server. Another concern was the use of the email server to send messages that contained classified information.

The FBI investigated Clinton’s use of a server. In July 2016, while Clinton was running for president, then-FBI Director James Comey publicly announced that he was not recommending that any criminal charges be filed against Clinton. But Comey also said that she had been “extremely careless” in using the server.

In late October 2016, shortly before the presidential election, Comey revealed to Congress that the FBI was reviewing emails from the server that had been newly discovered. The public disclosure of that probe so close to the election outraged Democrats.

The political analysis site FiveThirtyEight said in 2017 that Comey’s disclosure “probably cost Clinton the election” because “it upended the news cycle and soon halved Clinton’s lead in the polls, imperiling her position in the Electoral College.”

No charges were ever lodged in connection with the emails referenced in Comey’s letter.

Fitton on Monday noted that Lamberth’s order reveals irritation by the judge in how the State Department has handled the case. In fact, Lamberth’s ruling refers to “State’s mishandling of this case — which was either the result of bureaucratic incompetence or motivated by bad faith.”

Lamberth in late 2018 ordered that the State Department release information to Judicial Watch on the questions of whether Clinton’s use of private email “was an intentional attempt to evade” Freedom of Information Act disclosure requirements, and whether the department adequately searched for records that were responsive to Judicial Watch’s request.

The judge also ordered the disclosure of evidence related to the question of whether the department’s efforts to settle the case five years ago “amounted to bad faith” because of a possible desire to avoid the private server coming to light.

Monday’s order by Lamberth points out, in a footnote, that Judicial Watch recently told the judge about a newly obtained Clinton email that the group said “strongly suggests” that Clinton and her then-deputy chief of staff, Huma Abedin, “conducted State Department business via text messaging as well.”

Lamberth wrote that the State Department “has not provided any information about whether such text messages were searched pursuant to FOIA.”

“We don’t have any Hillary Clinton text messages,” Fitton said.

Correction: The U.S. diplomatic compound in Benghazi, Libya, was attacked in September 2012. An earlier version misstated its status.