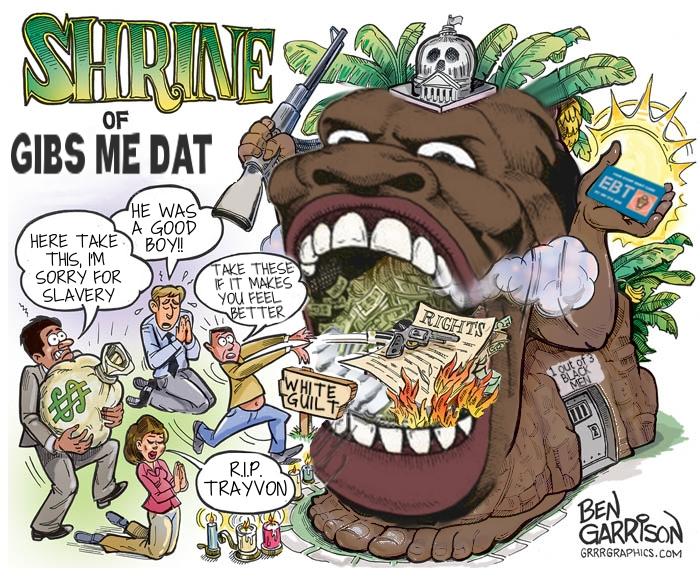 Organized Jewry has used the holocaust to put humanity in their perpetual debt.
Guilt is a potent strategy to make people willingly forfeit their power and position to “victims and underdogs.”
They are now using
this strategy put their black shills
in control. Don’t fall for it.
The real Guilty Parties are Organized Jewry and Freemasonry (Communism) for fomenting endless wars, false flag terror, virus psy ops, and for undermining the social fabric and cultural homogeneity of the West. These are unforgivable crimes. Think these degenerates are experiencing any guilt?
JD wrote the following in response to
Jewish Billionaires Use Blacks to Oppress Others, says Indian-American Lawyer

by JD
(henrymakow.com)
Clearly these Blacks are taking a page out of the Jewish “victim-hood cookbook” by taking full advantage of the latest crisis relating to the George Floyd matter, to really guilt-trip and milk White America for everything its worth.
A distinct pattern has emerged that whenever it looks like the Jews are about to get brought over the coals for their latest discovered crimes against Americans and humanity, somehow some type of “terrorism” or “incident” against them happens, and then they immediately begin to stage huge rallies, parades, talk show circuit tours, about how much they are suffering and need all sorts of sympathy, legal changes and federal laws passed to give them even more “extra rights” than white America, or any other race/religion else in America.
Now, the Blacks are doing it, with their latest “anti-lynching bill” which if you really read it, mandates that white Americans (or any other race) can get thrown into prison for life if they simply “bump into” a black on the street.
The Freemasons and Illuminati love these two races (Blacks and Jews) because their perpetual and eternal victim-hood and eternal whining keeps placing more and more restrictive laws on the books, to be used, of course, against the Goyim and masses.
It seems like the only American lawmaker who sees, and gets, all of this (or is at least not accepting bribes or cowering to threats), is Kentucky Senator Rand Paul, who is trying to fight against them in this latest rape of American civil liberties against non-Jews and non-Blacks.