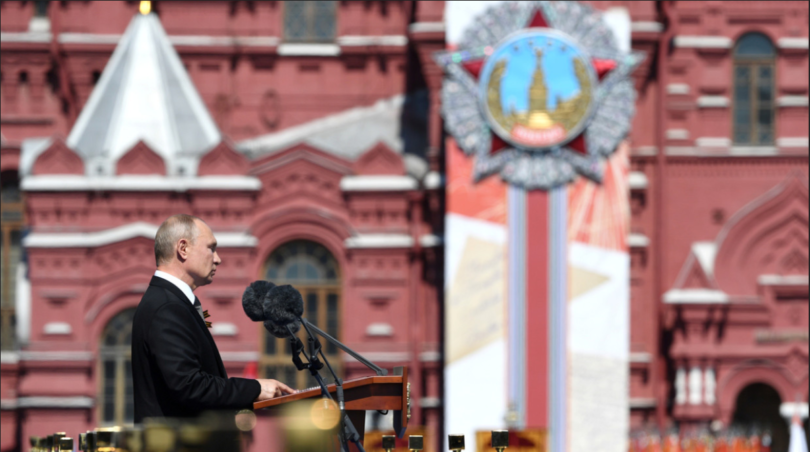 As Moscow marked the 75th anniversary of Soviet Russia’s victory over Nazi Germany, Vladimir Putin reiterated that the country is willing to cooperate in building a common global defense architecture.

The president used Wednesday’s event to emphasize that Russians will never forget the Allied forces’ contribution to the defeat of Hitler and Imperial Japan. He also made special mention of the significance of the second front, opened in France during the summer of 1944, when Britain and America led the D-Day landings.

“We honor the brave fighters of the armed forces of all the states of the anti-Hitler coalition and the achievements of all fighters against Nazism, who fearlessly served in Europe,” Putin said.

He noted that Russia understands how important it is to strengthen friendship and trust between people and to work together on the international agenda’s most pressing issues.

“Among them is the creation of a common reliable security system, which is needed in a complex, rapidly changing modern world,” Putin explained. “Only together can we protect it from dangerous new threats.”

Usually held on May 9, this year’s commemorative festivities were postponed because of the Covid-19 pandemic. As a result of the global health emergency, the Moscow parade featured fewer dignitaries than had originally been planned. It was attended by the leaders of nine countries and partially recognized states.

A military contingent from China took part, and they were joined by troops from Armenia, Belarus, Kazakhstan and Serbia, among others. Upon the conclusion of the event, Putin laid flowers at the Tomb of the Unknown Soldier, alongside Russian Defense Minister Sergei Shoigu.