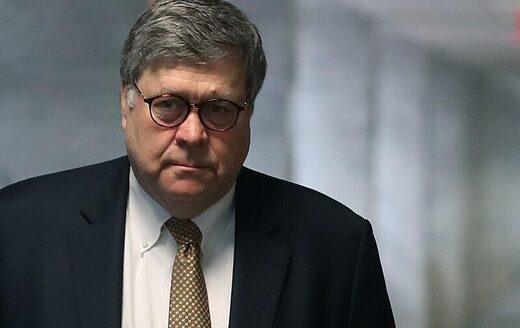 Attorney General Bill Barr during a Fox News interview with Maria Bartiromo said that there soon may be “developments” in Connecticut U.S. Attorney John Durham’s investigation into the origins of the Russia probe.

“In terms of the future of Durham’s investigation, you know he’s pressing ahead as hard as he can, and I expect that we will have some developments hopefully before the end of the summer,” Barr said in the interview today.

Durham’s investigation has slowed as a consequence of the coronavirus crisis, the attorney general said. When Bartiromo asked about a grand jury, Barr declined to divulge whether one has been impaneled.

“I don’t want to suggest there has been or is a grand jury, but it is a fact that there have not been grand juries in virtually all districts for a long period of time, and also people have been reluctant to travel for interviews and things like that,” Barr said.

Durham has “been working where he can on other matters that aren’t affected by the pandemic. But there has been an effect,” Barr noted.

During the interview, Barr expressed concern that mail-in voting is ripe for fraud and could harm public confidence in election integrity.

“It absolutely opens the floodgates to fraud,” he said. “Those things are delivered into mailboxes, they can be taken out.”

“Right now,” he continued, “a foreign country could print up tens of thousands of counterfeit ballots and be very hard for us to detect which was the right and which was the wrong ballot.”

The attorney general said that “it can upset and undercut the confidence in the integrity of our elections. If anything we should tighten them up right now.”