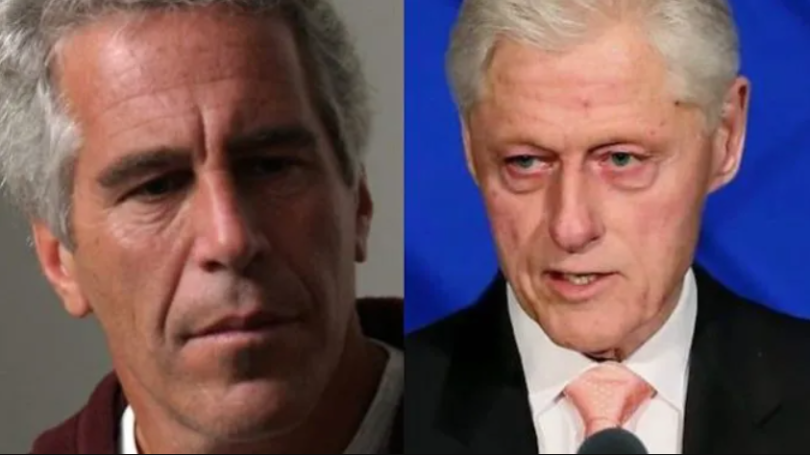 Included in her tweet was the line “Jeffrey Epstein didn’t kill himself.” 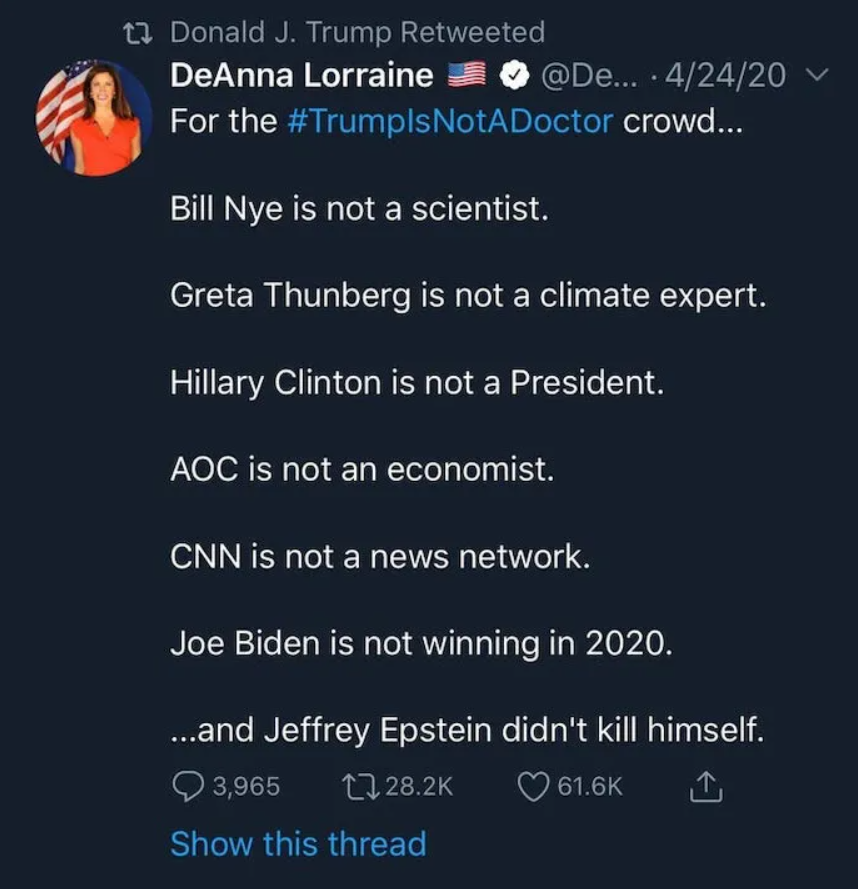 Convicted pedophile and child trafficker to the elite, Jeffrey Epstein, collected a lot of VIP friends and acquaintances, including, politicians, members of British royalty, and powerful businessmen.

Epstein allegedly had “dirt” on hundreds of his VIP friends, according to child procurer Ghislaine Maxwell.

The looming threat that hundreds of powerful people were about to be implicated in Epstein’s child sex scandal, along with the unusual circumstances surrounding his death, have fuelled rumors that the billionaire was killed in federal jail white awaiting new sex trafficking charges in 2019.

Lawandcrime.com reports: The White House didn’t respond to a Law&Crime request for comment. Trump and Epstein had a falling out after trying to outbid each other for the same Palm Beach mansion in 2004, according to The Washington Post. Epstein later faced allegations that he abused teenage girls, but his 2008 guilty plea in a Florida state court barely reflected the scope of the claims against him. He dodged possible federal charges at the time after reaching a cozy agreement in 2007 with then-U.S. Attorney Alexander Acosta, who would go onto work for the Trump administration as Secretary of Labor.

Anyway, Sunday’s retweet isn’t the first time a curious claim popped up on Trump’s account this way. It’s not even the first time this happened with Lorraine! Last month, she tweeted a post that critical of Dr. Anthony Fauci, director of the National Institute of Allergy and Infectious Diseases. It included “#FireFauci.” The White House later poopooed the idea Trump would fire the doctor.