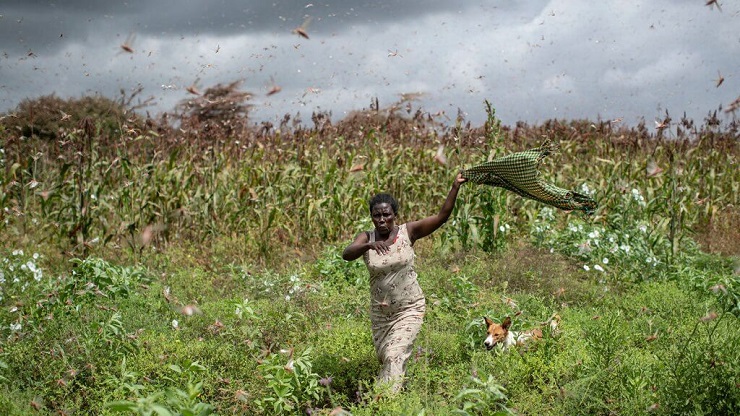 In light of the ongoing Coronavirus pandemic, which has caused rapid and substantial harm to many nations and lives of their citizens, analysts are reluctantly starting to look at the possibility that certain countries may resort to the use of biological weapons capable of causing mass deaths. Germ warfare is the use of biological toxins or infectious agents, such as bacteria, viruses, insects, and fungi, that are biological in origin with the intent to kill people, animals and plants. Designing microorganisms that cause disease and means of spreading them among target populations are all part of biological warfare.

In the military, the concept of weaponizing germs has existed for a long time. After all, epidemics that happened during wars resulted in substantial losses of troops, and this, in turn, had a significant impact on the way the conflict unfolded as well as its outcome. For example, during the Vietnam War, US troops lost more (approximately 3-fold) servicemen to disease than during military operations (injuries and deaths). Epidemics among civilian populations away from battlefields also had very negative consequences, resulting in serious issues in manufacturing and logistics sectors and, overall, problems in governance.

Hence, it is not surprising that the United States — responsible for unleashing more armed conflicts than any other country in recent years and for launching numerous military interventions in regions all over the world — has been constantly ramping up its research into biological warfare, mainly through the Pentagon’s Defense Advanced Research Projects Agency (DARPA). One of the key aims of its biological technologies branch is to conduct studies on germs.

It is worth reminding our readers that the Convention on the Prohibition of the Development, Production and Stockpiling of Bacteriological (Biological) and Toxin Weapons and on their Destruction (BWC) was open for signature on 10 April 1972. It entered into force on 26 March 1975 when twenty-two governments deposited their instruments of ratification of this Convention with the Secretary-General of the United Nations. To date, 163 nations signed the BWC, thus agreeing not to develop, product or stockpile biological weapons. Although the United States ratified the Biological Weapons Convention in 1972, it did not sign an internationally binding verification protocol to the BWC from 2001. Hence, there are no mechanisms in place to check whether the USA is complying with the convention.

In any case, it is well-known that since the middle of 2016, four research teams under the aegis of DARPA have been working on a revolutionary research project aimed at protecting “the U.S. agricultural food supply by delivering protective genes to plants via insects”, called Insect Allies. American scientists “are looking at introducing genetically modified viruses that can edit chromosomes directly”, such as “using insects to transmit genetically modified material into plants”. In the summer of 2017, the research program received $27 million in funding.

In the opinion of experts from the Max Planck Institute for Evolutionary Biology in Germany and the University of Montpellier in France, Insect Allies “may be widely perceived as an effort to develop biological agents for hostile purposes and their means of delivery”. DARPA has denied such assertions “DARPA is producing neither biological weapons nor the means for their delivery”. Still, the authors of the article published in Science believe that the microorganisms in question could do more harm than good. For instance, insects “could be used to disperse agents that would prevent seeds from growing”.

“Given that DARPA is a military agency, we find it surprising that the obvious and concerning dual-use aspects of this research have received so little attention,” Felix Beck, a lawyer at the University of Freiburg, told. “The Insect Allies programme is largely unknown, even in expert circles,” Dr. Guy Reeves, an expert in GM insects at the Max Planck Institute for Evolutionary Biology said. According to Silja Voeneky, a legal scholar at the University of Freiburg in Germany, the program “may be widely perceived as an effort to develop biological agents for hostile purposes and their means of delivery“, and thus, as a violation of the BWC, which is strongly worded, banning the development of any biological agents “that have no justification for prophylactic, protective, or other peaceful purposes”.

Information available to date indicates that maize and tomato plants were used in experiments, with “leafhoppers, aphids and whiteflies” employed to disperse the genetically modified material. Since maize is widely cultivated and consumed in Latin America and Africa, the fact that it was chosen for the research study also points to a potential military use of DARPA’s program. Apparently, the defense agency ensures that its scientists do not conduct experiments on plants that are not widely used by people.

Leaving your opponent without a harvest, which could lead to famine, is a much slower approach to reaching one’s aim. But it is a practical one, as the land could still be used for growing crops in the future. Such a bioweapon (an insect that introduces genetically modified material) could be deployed by an aggressor without the need for special equipment, thus leaving no trace of an attack. No means of spreading any chemicals or toxins would be found either as these could serve as indirect proof of a deliberate (far from natural) attack on plants. Filling a field with weaponized insects is all one needs.

Recent epidemics among animals (for instance, the spread of African swine fever virus among pigs in a number of countries) and the appearance of new types of insects that cause great harm, all point to a potential link to some types of foreign bioweapons. For instance, tropical insects are gaining a foothold in Germany and spreading deadly illnesses in the process. According to experts, such bugs are dangerous because they can spread infectious agents that cause tropical diseases.

Throughout the Caucasus box tree moths (native to Asia) have been spreading for unknown reasons and causing severe damage to Colchic boxwood, a rare and endangered plant.

Concerns are growing about the fact that the United States has been providing a great deal of funding for biological programs that may have dual uses, such as conducting controversial experiments with infectious agents that cause deadly diseases; testing mechanisms of dispersal; increasing the scope of military research in biolabs abroad, and others. And as there are more and more questions about the nature of research done in numerous secret biolabs of the Pentagon, an unbiased international investigation ought to be conducted into their work.