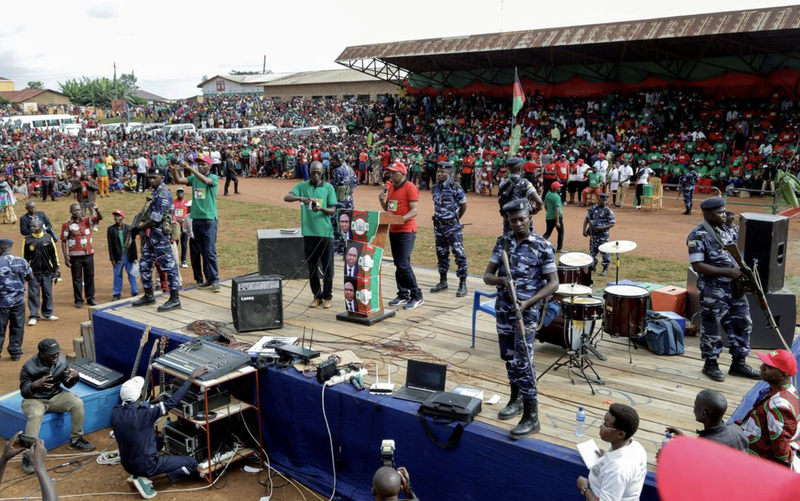 Tanzania isn’t the only African country that’s asked the WHO to pack its things and get out.

Reuters reports That Burundi is expelling the national head of the WHO and three of his subordinates as the country prepares for a presidential election that is being held next week. The WHO had repeatedly raised concerns, claiming holding the vote during the middle of the pandemic wouldn’t be prudent.

These claims obviously irritated the government, which is pushing to hold the country’s first election since President Pierre Nkurunziza stepped down in 2018. A successor candidate from Nkurunziza’s party is strongly favored to win. His government has been accused of human rights abuses and has previously kicked out UN representatives and others investigating human rights abuses, but opposition candidates are openly contesting the vote, and any suppression tactics have been largely hidden from view.

Many critics of the government and the opposition criticized the decision, though notably, nobody is advocating for the election to be cancelled, a sign that the WHO’s insistence wasn’t popularly received. The campaign has already involved many gatherings where people were crowded together, and many suspect that the true toll of the virus isn’t reflected in the official numbers.

All four officials have been given until Friday to leave the country.

The government confirmed on Thursday that a May 12 letter from the foreign ministry was sent to WHO country head Walter Kazadi Mulombo and three others of the U.N. body’s health experts, ordering them out by Friday.

Bernard Ntahiraja, the foreign affairs assistant minister, said the officials had been declared “persona non grata” but did not give reasons.

The WHO’s head for Africa also criticized the decision and backed the WHO officials being expelled; however, the WHO said it would continue to support Burundi in its battle against the virus.

The vote for a successor to President Pierre Nkurunziza, whose government has repeatedly been accused of rights abuses and has previously expelled other representatives of international bodies, is scheduled for May 20.

“We remain very willing to…support their (Burundi’s) response to COVID-19” he said at a news conference in the Ethiopian capital, Addis Ababa.

Unlike many other African nations, Burundi has no lockdown measures in place at all, and reporting from the country is too sparse to tell how badly strained its health-care system might be.