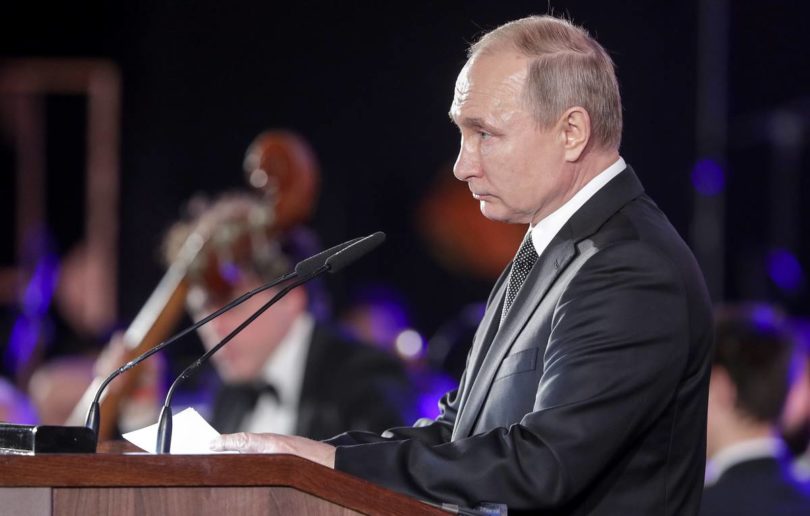 A perfect deal is where all protagonists get something out of it. All oil-producing countries stand to gain if oil price rebounds. In bare bones, the OPEC+ group led by Saudi Arabia and Russia finalised in a nail-biting photo finish on Sunday an agreement to steeply cut oil production by a combined 9.7 million barrels per day to rebalance the supply and demand in the world market and nudge the prices to go up.

It capped days-long tortuous international negotiations that also included the US. Additional cuts are expected from producers outside the OPEC+ group. Experts anticipate that by the second half of the year, oil prices would be nearing $40 per barrel.

The world’s oil producers are joining together for the largest cooperative production initiative in history. The tectonic plates are shifting in the geopolitics of oil.

Historically, the US rallied against the oil cartel as a threat to the American economy. But Washington not only joined the latest production programme but its success may actually hinge on the US, where oil production has doubled in a single decade.

President Donald Trump has held direct talks in recent days with the heads of Russia, Saudi Arabia and Mexico. Although US, the world’s largest producer, has not offered firm production cuts, Trump and the US Energy Department have emphasised that market forces will bring US declines.

That is to say, cuts can come from government action via corporate decisions, as companies either shut-in production or file for bankruptcy. The estimates are that the US production is projected to fall by 2 million barrels per day by year’s end and perhaps more. According to industry figures, the US’s drop in output could see exports shrinking from over 3 million bpd in 2019 to almost zero in the coming months, removing a key concern for both Russia and the Saudis amid fears of a US takeover of their traditional markets.

This meets with the declared twin objectives of Saudi Arabia — to defend its market share and also to kill if not slow down US shale oil production. The alternative for Saudis would have been to regain market share at enormous cost by producing enough oil to keep prices in the low to mid $20s and sustain that for two years.

As for Russia, thanks to the deal, it will receive an extra of $70-80 million dollars in revenues per day.

Trump tweeted on Sunday, “The big Oil Deal with OPEC Plus is done. This will save hundreds of thousands of energy jobs in the United States. I would like to thank and congratulate President Putin of Russia and King Salman of Saudi Arabia. I just spoke to them from the Oval Office. Great deal for all!”

Having said that, at its core OPEC+ deal stems from a matrix of understanding between Trump and Putin. Saudi Arabia understood that it had better stay out of their way. Putin sized up accurately how important it is politically for Trump to keep the shale industry afloat to preserve jobs. The industry employs over 10 million Americans and accounts for 7 percent of the US’ GDP.

The big question is, where is the quid pro quo? There has always been a lurking suspicion that Putin had a game plan while triggering the fall in oil price in such a contrived fashion that resulted in loss of billions of dollars of income for the Russian economy.

Quite obviously, the free fall of oil price precipitated an existential crisis for the US shale industry in an election year in America that sooner rather than later was bound to bring Trump onto the centre stage. Whether Putin choreographed it or not, that was exactly what happened.

As for Trump, a constructive engagement with Russia is something he all along wanted. Three precious years have been lost due to the Mueller investigations on “Russia collusion” and so on. But after successfully outmanoeuvring his opponents in the impeachment drama, Trump is now unbound. Putin understands that, too.

In this particular affair, Trump is salvaging the interests of Big Oil which carries enormous clout with the political class, think tanks, the media and the Wall Street — and, of course, the “Deep State”. Simply put, it is inconceivable today that anyone in the Washington Beltway, howsoever Russophobic, would dare to protest against Trump negotiating one-on-one with Putin to salvage Big Oil.

There is a broad consensus among the American elite that Putin holds the key to unlocking the oil crisis that can severely damage the US economy when it is already heading into deep recession.

In fact, since April 10, Trump and Putin spoke to each other three times. Trump knows he is on the right side of history and his interlocutor can be trusted to keep his word. Trump’s tweet on Sunday (quoted above) drips with confidence. He is striding toward a detente with Russia.

On the other hand, with an eye on the US election cycle, Putin’s interest lies in wrapping up a big picture deal with Trump on Russian-American relations as quickly as possible because a potential Joe Biden victory in November would mean that the US doubles down on Russia.

Putin’s has set a September timeline. He has proposed the idea — and Trump has welcomed it — of a summit meeting of the permanent members of the UN Security Council in September “in any place in the world” to discuss global issues in the wake of the coronavirus pandemic.

Interestingly, on April 10, even as the OPEC+ deal was being finalised, Putin utilised a session with the three-member US crew of  astronauts (who will be taking over the International Space Station from the Russian team on coming Friday), to touch on Russian-American relations.

Putin said the cooperation in space is “is a vivid example of an effective partnership between our countries for the benefit of the entire humanity.” He then added,

“We are now also trying to organise work on current problems. I do not like speaking about this but I have to. I mean the fight against the pandemic, as well as the situation in the global markets. The President of the United States and I discussed these issues just yesterday, and we will speak more on that topic. So, fortunately, cooperation is developing, and not only in space but also in other areas.”

Most significantly, the Kremlin readout on the conversation between the two leaders two days later, on April 12, says that “Current issues of ensuring strategic security were also discussed.” The agenda of discussion has broadened and deepened dramatically.

Meanwhile, China is also positioning itself for the summit in September. Moscow consulted Beijing before making the proposal on the summit. (Putin acknowledged that Moscow had proposed the summit to “several of our colleagues and as far as I understand, saw a positive reaction.”) Beijing was quick on its feet to voice support (within twenty-four hours) to Putin’s proposal regarding the summit to resolve global challenges.

All in all, therefore, we should not miss the wood for the trees. The OPEC+ deal is much more than about oil. It kickstarted a sequence of great-power cooperation involving the US, Russia and China, which would be far-reaching in the post-pandemic world politics.

Such convergence is a clear indicator of how the global pandemic and the global oil crisis remain deeply entangled, and the recovery of the US economy being linked to it. As the US Energy Secretary Dan Brouillette put it, the global oil crisis is the shattering impact of COVID-19 and “transcends the interest of any one nation and requires a swift and decisive response from us all.”

The world is witnessing here the spirit of internationalism accruing in the midst of a human tragedy on a scale perhaps not seen since more than a century. The pandemic has currently infected 1.6 million people and killed nearly 100,000, and has reached almost every corner of the planet.