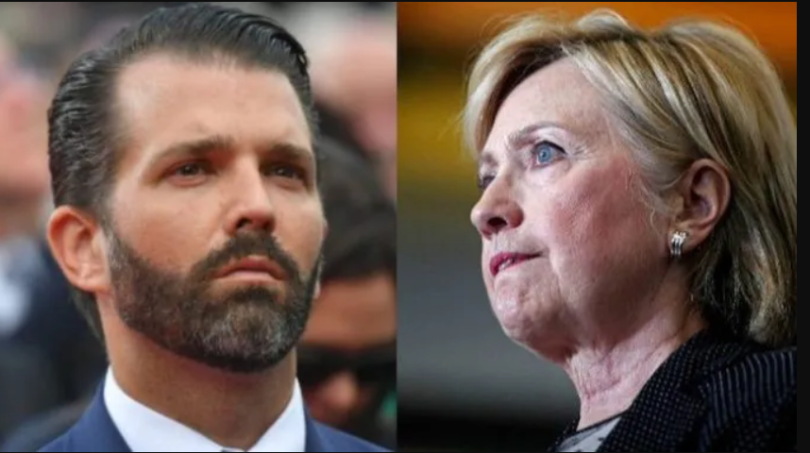 Trump Jr. lashed out Clinton on Saturday, a day after she attempted to mock the president for asking offhand questions of Dr. Deborah Birx regarding possible coronavirus prevention methods and cures.

“Please don’t poison yourself because Donald Trump thinks it could be a good idea,” Clinton tweeted.

“We know, we know… poison is reserved for a long list of people like Jeffrey Epstein… and servers,” Trump Jr. tweeted. “Am I right?“

We know, we know… poison is reserved for a long list of people like Jeffrey Epstein… and servers. Am I right? 😉 https://t.co/rben9kHR3u

Trump Jr may also have been referring to Shawn Lucas, the lawsuit process server who served the DNC and Debbie Wasserman Schultz with election fraud papers in 2017, who was found dead under suspicious circumstances.

Serious questions also remain regarding the nature of the death of Epstein, whom New York City’s medical examiner said died by “suicide” in a Manhattan jail while awaiting trial for child sex trafficking.

Former President Bill Clinton repeatedly flew dozens of times on Epstein’s private jet, known as the “Lolita Express,” in which he transported celebrities, politicians, royals and underage girls to houses spread around the world, including his private island Little St. James.

Flight logs show Bill Clinton was a regular passenger on the plane, though he and Hillary have attempted to downplay their close relationship with the convicted child sex offender.