2012 London Olympics Opening Ceremony Anticipates Pandemic including scenes of Medicos Dancing
To pull off a hoax of this magnitude means millions of people have gone over to the dark side.
“The individual is handicapped by coming face-to-face with a conspiracy so monstrous he cannot believe it exists. The American mind simply has not come to a realization of the evil which has been introduced into our midst. It rejects even the assumption that human creatures could espouse a philosophy which must ultimately destroy all that is good and decent.” — J. Edgar Hoover ~ The Elks Magazine, August 1956
“For we wrestle not against flesh and blood, but against principalities, against powers, against the rulers of the darkness of this world, against spiritual wickedness in high places.” Ephesians 6:12
by Mike Stone
(henrymakow.com)
Are we all being played?
Played on a scale beyond our wildest dreams? Let me take you on a journey, beginning with the 2012 Olympics. The opening ceremony was designed and coordinated by Danny Boyle, the director of Trainspotting and Slumdog Millionaire.
One of the segments, ostensibly a tribute to the National Health Service (NHS), featured a stage filled with sick kids and hospital beds (Hmmm) and opened with the theme music from the movie The Exorcist. (What does satanic possession have to do with sick kids and hospital beds?) 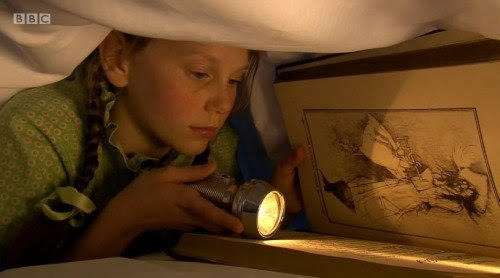 We see a Greta Thunberg lookalike hiding under the covers of her bed and reading Peter Pan with a flashlight, we see J.K. Rowling, the author of the Harry Potter witchcraft series of books, reading a quote from Peter Pan. We see demons and ghouls and one girl’s bed hovering off the floor, just like the levitation scene in The Exorcist.
Then we see – I kid you not – dancing nurses! Yes, dozens of dancing nurses.
Now we go to 2019, where Madonna performed at the Eurovision show in Israel, of all places. Her show was filled with Masonic occult symbolism, including dozens of performers wearing gas masks who all die at the end! Was that predictive programming? How many times have you seen so-called “artists” performing in gas masks? 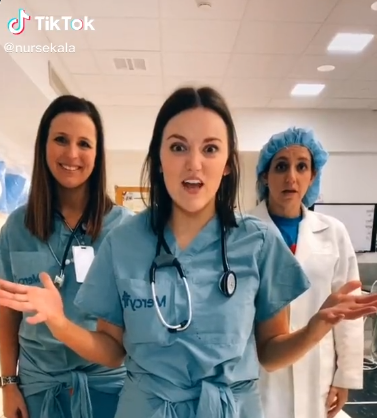 Now look at what’s happening today: idiot doctors and nurses laughing it up and dancing on TikTok videos in a manner reminiscent of the 2012 Olympics. Even more of them are out on the street, trying to block patriots from protesting.
There are only two possible scenarios here. Either A) Yes, it’s a disaster and thousands of people are dying from this cold virus, but we don’t care! Ha-ha-ha! Let’s dance! Or B) The whole thing is a hoax, but you idiots will believe anything, so we’re going to rub it right in your stupid faces! Ha-ha-ha! Let’s dance!
The only possible conclusion here is these people are either idiots, dancing on the graves of the deceased, or schemers, participating in a deadly hoax.
Of course, no hoax this big is complete without the obligatory celebrity-driven “We Are the World” bullshit television special. These are the ultimate, shove-it-in-their-face programming shows. This was one called “Together at Home,” and it featured dozens of talentless, scum-sucking celebrities shilling for their masters and urging viewers to do what they’re told.

(To succeed in show biz, you must be a satanist and a traitor. Dot in circle is Illuminati.)
Candace Owens calls this the Barbie trick. When she was 3-years-old and wouldn’t clean her room, she would be told, “Barbie cleans her room,” as a way of convincing her to do what she didn’t want to do. If she didn’t eat her vegetables: “Barbie eats her vegetables.” Of course, a 3-year-old will fall for that ruse, because they want to be like Barbie. The people pulling the Covid-Hoax are treating you like a 3-year-old.
“Together at Home” was nothing more than their telling you, “Lady Gaga wears her mask,” and “Jimmy Kimmel stays at home,” and not only did the gullible sheep fall for it, they actually donated money! To date, the show has raised over $127 million. People paying for their own imprisonment! People out of work donating money to the very scum who took away their jobs and want to see them turned into micro-chipped zombies! Am I the only one who wants to puke? 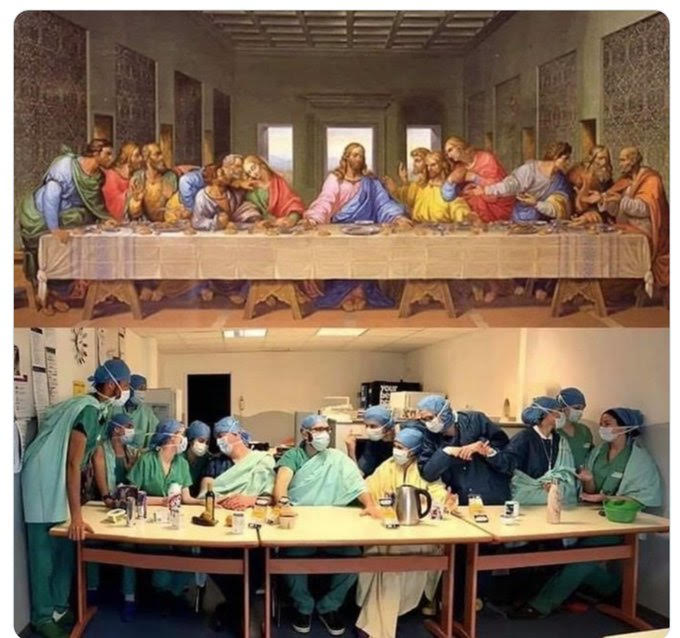 Now they’re mocking Jesus Christ, telling the world that they are the new saviors. Can it get any more disgusting? Can people actually stoop any lower? And millions of sheep are still buying the whole virus-hoax story.
There’s a part of me that wants to say, “You know what, if you people are that f-ing stupid, then I’m done communicating with any of you. You’re getting exactly what you deserve.” I just feel sorry for the kids and teens who have to grow up in a world so stupid. Hopefully, you do too. Are you beginning to see the picture?
They’re shoving it right in your face. A satanic cult rules the world, and if you want a slice, you had better get on board. Start by getting vaccinated.
—-
Mike Stone is the author of A New America, the first novel of the Alt-Right, a dark comedy set on Election Day 2016 in Los Angeles – – Available on Amazon.