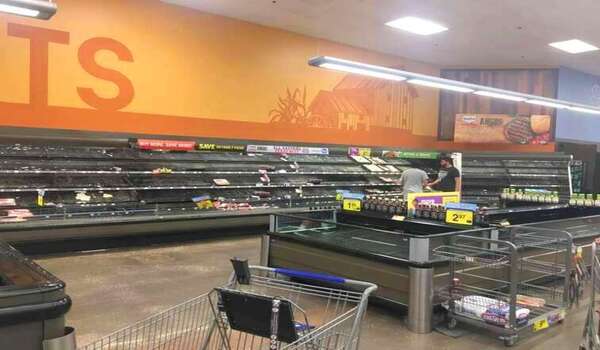 One insight from reading Nesta Webster’s “World Revolution: The Plot Against Civilization,” and in writing my article “Illuminism and Freemason Uprising Part I: A Deep Dive into Revolutionary History with Nesta Webster and James Billington,” was the template of social chaos and disorder that was hurled onto the population of France between 1789 and 1796.

At the time, The Social Circle formed the inner ruling core of the 6,000-member “Friends of Truth,” a self-conscious, self-proclaimed, power-seeking intellectual elite composed of “superior intelligences” who advocated “permanent insurrection” on behalf of universal social “equality” and “direct democracy.” A standard pattern — elitist egalitarianism — was thus established, to be imitated and refined by dictatorial aspirants for centuries to come.

Long before Pol Pot, Bill Gates, George Soros and the Bolsheviks, Webster explained that revolutionaries, including the Weishaupt Illumanists, declared that education would only be of the most primitive kind. To level society, they then closed down the schools and burned libraries in 1793. By the end of 1794, public education in France didn’t exist.

It doesn’t take a vivid imagination to envision similar closure schemes being defacto deployed in the current cronyvirus scamdemic. The goal of the discordian Satanists and Frankists is to reduce civilization in its entirety and allow the human race to sink to the level of the jungle, a jungle in which the only law is the strong over the weak, and the only incentive is struggle for material needs.

Similar to the hara-kiri stimulus bankruptcy measures, the rich — who had made fortunes in war profiteering and army contracting — reveled in luxury. There was a systematic attempt to create exploitable non-organic grievances often through tricks and hoaxes. This same method in our world is in full ascendancy.

About France, Webster writes, “The conspirators blocked food supplies and held up National Assembly reforms. On July 22, 1789, a [false flag] incident called the ‘Great Fear’ was instigated whereby unknown ‘messengers’ arrived in towns all over France calling on the people to arm themselves as ‘brigands are coming.’” Then, under a false edict from the King, they were instructed to burn the chateauxs.

At the same time in 1789, Masonic plotters purchased and hoarded grain, thus setting off hunger in critical parts of France, such as Paris.

The modern-day template of the Great Fear is lugenpresse driven paranoia about catching a cold. Not only is a state-by-state reopening now not likely to happen, but the tactics are shifting “somehow” to food shortages. As in the 1789 Great Fear, workers are reluctant to return to work. It would be revealing to dig deeper to determine if provocateurs and agitators are behind this.

As a result, the meat processors between the producer and the consumer are being throttled down. Livestock prices have dropped precipitously even though the price of processed meat has gone up.

Then, there is the indefinite closure of a processing facility operated by Smithfield Foods, one of the United States’ largest pork producers. Allegedly, more than 640 workers tested positive for a cold. More than 640 in South Dakota? Really? This story seems dicey on its face.

There are other packers closed and to date, 25 percent of meat processing plants are closed down.

The closure of such facilities is “pushing our country perilously close to the edge in terms of our meat supply” and will have repercussions for the farmers who depend on them, Kenneth M. Sullivan, Smithfield’s president and CEO, said in a statement Sunday.

“It is impossible to keep our grocery stores stocked if our plants are not running,” he said. “These facility closures will also have severe, perhaps disastrous, repercussions for many in the supply chain, first and foremost our nation’s livestock farmers. These farmers have nowhere to send their animals.”

Dairy farmers are dumping as much as 3.7 million gallons of milk daily into lagoons and manure pits.

Much like livestock farmers who don’t know where to send their animals, farmers of fresh produce from Florida to Arizona are facing the prospect of having to toss huge shares of their crops this year, because they can’t find buyers amid the scamdemic. Produce farmers in places like Florida and California are also concerned about possible shortages of seasonal workers.

Food riots are breaking out in Africa. Not reported by the Lugenpresse is an additional black swan: swarms of locusts, which is a topic we cover back in February. See “The Black Swan’s Right-Hook Knockout Punch: Locust Swarms.”

Widespread rains that fell in late March are expected to cause a dramatic increase in locust numbers in East Africa, eastern Yemen and southern Iran in the coming months. This represents an unprecedented threat to food security and livelihoods, because it coincides with the beginning of the long rains and the planting season.

Experts warn that if left unchecked, the number of locusts could grow 500 times in size by June. This coincides with a perfect storm globally.