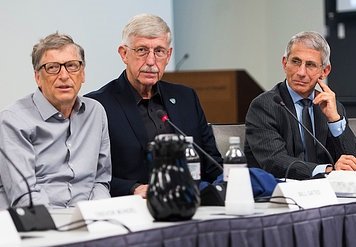 Dr. Fauci, not only is connected to Bill Gates and together they are set to make millions on a coronavirus vaccine. But a little known story is how Dr. Fauci ruined the career of a brilliant young doctor who blew the whistle on the harmful consequences attributed to vaccines.

Dr. Judy Mikovitz was a brilliant young doctor with a promising career, until she discovered what she considered to be harmful consequences with vaccines. After she came out with her warnings, she was jailed for identifying the link between vaccines and chronic diseases.

In the first part of the video below, Dr. Mikovitz explains how she was jailed for speaking out about her concerns.

Bobby Kennedy Jr. was on a podcast this past week where he dropped some bombs about the perils of vaccinations. In his interview he also discussed Dr. Mikovits in depth and how her boss Tony Fauci had her fired and destroyed her. At the 109:00 minute mark, Kennedy shares the following:

She’s a brilliant, brilliant scientist whose career was destroyed because Tony Fauci did not want the American public to know that he had poisoned an entire generation of Americans with a known retro virus that is known to cause cancer.

Dr. Judy Mikovits is an American hero. Dr. Tony Fauci, her former boss, had her fired and jailed for warning about how vaccinations were giving a known virus to Americans that was known to cause cancer.