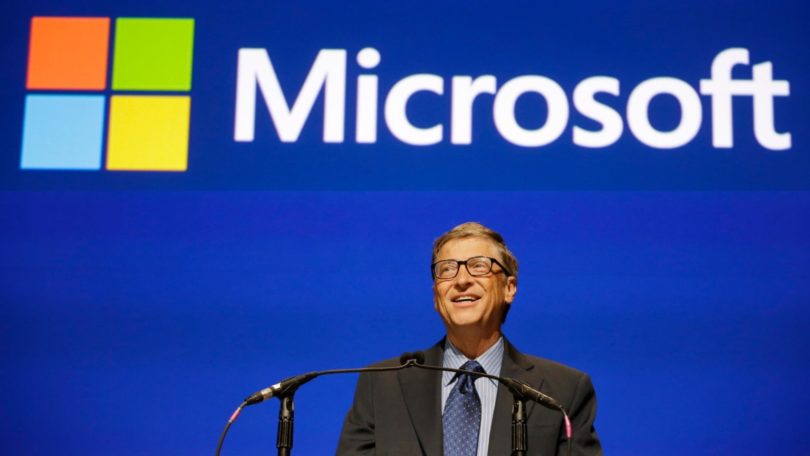 Microsoft has patented a system that uses human biometrics such as body heat and brain-wave activity to mine cryptocurrency. The patent, filed under international patent number WO-2020-060606 and titled ‘Cryptocurrency System Using Body Data Activity’, leverages human body activity as proof-of-work.

This proof-of-work is achieved when a user performs given tasks, or even online activities such as viewing ads and using search engines.

“Instead of massive computation work required by some conventional cryptocurrency systems, data generated based on the body activity of the user can be a proof-of-work, and therefore, a user can solve the computationally difficult problem unconsciously,” the patent reads.

Despite the patent being published on March 26 by the World Intellectual Property Organization, some titans of the cryptocurrency industry are already on board, and cryptocurrency exchange BitMEX, founded by Britain’s youngest self-made billionaire Ben Delo, has donated $2.5 million dollars to the Gates Foundation.

As to how body activity and biometrics will be communicated to servers and cryptocurrency hardware, the patent explains that “a sensor communicatively coupled to or comprised in the device of the user may sense body activity of the user.” The patent then gives examples of sensors that can be used to this end – such as “fMRI scanners, electroencephalography (EEG) sensors, near-infrared spectroscopy (NIRS) sensors, heart rate monitors, thermal sensors, optical sensors, Radio Frequency sensors, ultrasonic sensors, cameras, or any other sensor or scanner.”

This list of examples is just typical patent stockpiling, or Microsoft’s way of ensuring they own every applicable aspect of this system. The real technology, with a sensor specifically made for detecting and keeping track of human biometrics, is a microchip implant being developed by a Danish Microsoft partner called BEZH International. After all, a microchip implant is the best sensor for bioemetrics as it is literally inside the body.

BEZH’s microchip implant is not only capable of storing and transmitting biometrics – including medical and genetic data, but it also compliments the entire cryptocurrency mining aspect of Microsoft’s patent as it comes with its own cryptocurrency, which for several months last year, was listed on cryptocurrency exchange Binance.

With this biometrics-based cryptocurrency mining patent and other human microchipping projects under his belt, namely the Birth Control microchip implant and the implantable quantum-dot vaccination record capsules being developed by MIT, and ID2020 which is part of the United Nations’ Sustainable Development Goals, it is starting to look like Bill Gates might be the most prolific cybernetic-biohacker on the planet. Not even Elon Musk’s Neuralink has accelerated the mainstreaming of biohacking this fast. Add this to the fact that in the United States, there seems to be bipartisan support to install Bill Gates at the helm of the World Heath Organization – with even conservative Republicans like Senator Lindsay Graham calling for Gates to be made head of the WHO.

Yes, the Future is now, and it really does look like Bill Gates is leading this future as he is best placed to revolutionize Public Health and human biology through biohacking and implantable technology.

However, there is still no indication that this cryptocurrency mining project will be connected to Microsoft’s aforementioned and more promising human microchipping projects. But, due to the Coronavirus Pandemic, the implantable quantum-dot vaccination record capsules and ID2020 are likely to be merged to create the digital certificates that Gates wants everyone to have as proof of vaccination against COVID-19. This opens up the possibility of merging the two projects with the biometrics-sensing microchip implant being developed by BEZH – because biometric data is most crucial during health-related events such as pandemics.

Like its parent company Microsoft, BEZH is also simultaneously working on other projects that complement biohacking and human enhancement such as an Internet-of-Things smart farming system called ‘Cybernated Farm Systems’ and the establishment of an Internet-of-Things infrastructured micronation called the Kingdom of North Sudan.