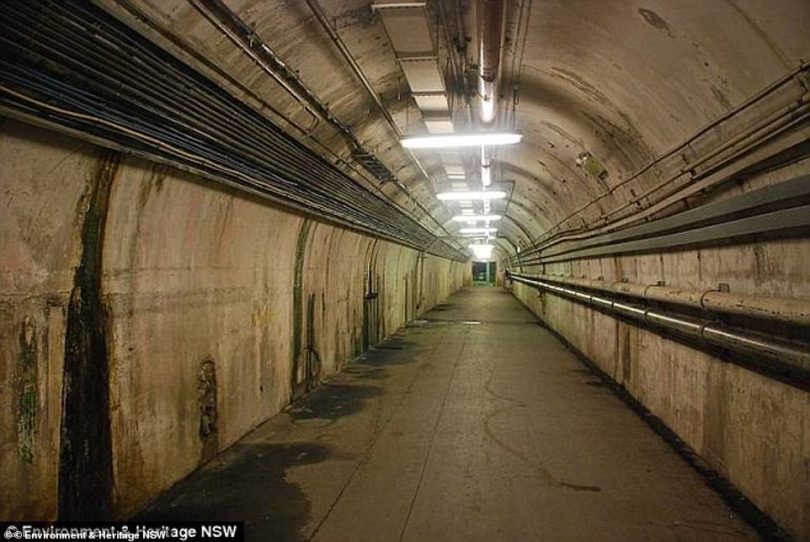 BY BRETT LACKEY and CHARLIE COE FOR DAILY MAIL AUSTRALIA

The hidden tunnels and well-kept secrets lurking underneath Sydney’s streets have been revealed by a former train worker.

In the carpark of an office building on Pitt Street, behind an electrical substation, is a metal door that leads to a tunnel winding its way under the city to Central Station.

One former Transport NSW employee told Daily Mail Australia the tunnel is one of many under central station shut off from the public.

He did not wish to be named but revealed he had access to the tunnels from his time as an employee.

‘The entrance to this particular tunnel is near a loading dock in an underground carpark behind an electrical substation,’ he said.

‘It’s used mainly these days for cleaners and freight, it’s also a shortcut for the drivers and other train workers.’

‘There’s also a locked vault with a steel door in this tunnel, no one is allowed through the door and no one knows what’s in there.’

‘It’s a bit unnerving if you’re in there for long periods of time,’ the former train worker revealed.

He posted a photograph of the tunnel to Reddit, where viewers were intrigued by the secret passageway.

‘Is that one of the tunnels were they have a door that you’re not allowed to go through,’ one Reddit user asked.

‘Yeah that’s one of the baggage tunnels, the red door down the end goes through to the drivers quarters. Not much down there except some rats,’ one man replied.

The former train worker also said there are tunnels under the heritage St James Station near Hyde Park.

The tunnels under St James station contain a former bomb shelter and, surprisingly, an underground lake.

In addition to the secret tunnels, another spooky fact about Central Station is rarely known by commuters.

Stripped bare but largely still in tact, platforms 26 and 27 were built in the 1970s on the site of the old Devonshire Street Cemetery.

The bodies lying in the graveyard were reburied across the city decades before the station were built but workers recently inspecting the unused platform have reported some eerie goings-on in the dusty underworld.

continuation of the article here