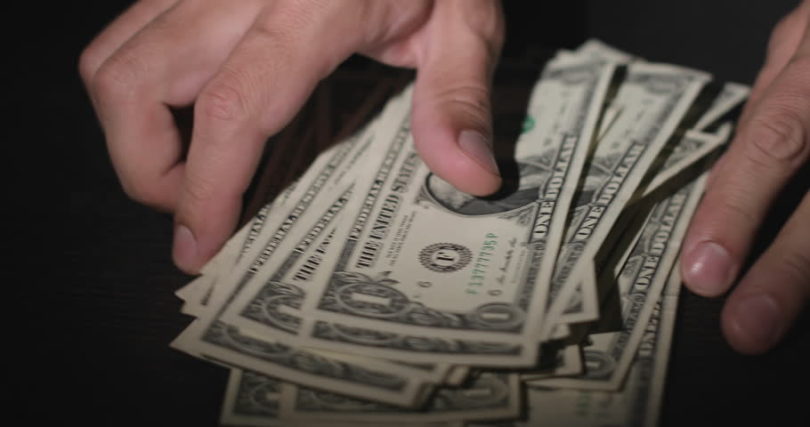 The World Health Organization has urged people to stop using cash, asking citizens of the world give up their economic and social freedom in the name of stopping the coronavirus.

Following reports that Beijing had “quarantined” dirty cash, the WHO warned on Monday that the virus could survive on banknotes, potentially spreading Covid-19 within communities, and across the world.

To reduce the risk of being infected by money, the NGO advised citizens in countries struggling with outbreaks to favor digital payments when possible, the Daily Telegraph reported.

ZeroHedge reports: That the WHO is telling the public to avoid cash is hardly a surprise: research has found that coronaviruses have been found to live on surfaces for as long as 9 days.

During the statement, a WHO spokesman referenced a Bank of England study claiming that banknotes “can carry bacteria or viruses” and urged people to wash their hands. Other studies have shown that 90% of US $1 bills had bacteria present, and one Swiss study found that viruses had survive on the faces of Swiss francs for days.

The WHO’s warnings follow the People’s Bank of China last month started disinfecting currency deposited at Chinese banks using ultraviolet light, before quarantining the bills for a week before releasing them back into circulation.

Brits, and their fellow Europeans, should be increasingly careful as the virus spreads across Europe, the WHO warned, via the Telegraph:

“We know that money changes hands frequently and can pick up all sorts of bacteria and viruses,” a spokesman told the Telegraph.

“We would advise people to wash their hands after handling banknotes, and avoid touching their face. When possible, it would also be advisable to use contactless payments to reduce the risk of transmission.”

Of course, that one of the world’s major NGOs is seizing the opportunity to proclaim the virtues of ‘paperless’ money is hardly a surprise: the globalist push toward a ‘cashless society’ has been underway for years now, having had its biggest successes in Scandinavia. Sweden has gone virtually “cashless”, and in such a short time, they’ve already confronted the many drawbacks of relying exclusively on digital money.

As we noted previously, here is what happens next:

…the virus spreads throughout the US and Europe and governments respond the same way China’s government has; martial law and full blown concentration camp culture. This would lead to civil war in the US because we are armed and many people will shoot anyone trying to put us into quarantine camps. Europe is mostly screwed.

The establishment then suggests that paper money be removed from the system because it is a viral spreader. China is already pushing this solution now.

Magically, we find ourselves in a cashless society in a matter of a year or two; which is what the globalists have been demanding for years. Everything goes digital, and thus even local economies become completely centralized as private trade dies.

A viral outbreak is a significant danger to us all, but an even greater threat is the supposed cure. Trading our economic and social freedom in the name of stopping the coronavirus? No matter how deadly the bug, it’s just not worth it.