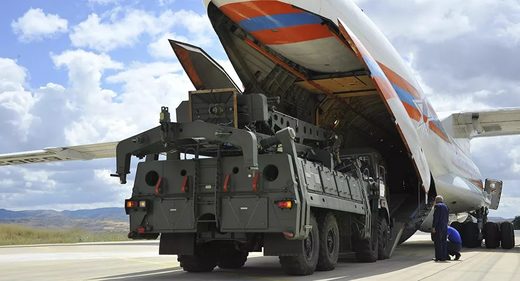 The United States continues to condition the supply of the Patriot air defence systems to Turkey on returning the already purchased S-400 systems back to Russia, US Defense Department spokesperson Jonathan Hoffman said in a briefing on Tuesday.

“Turkey is not going to receive a Patriot battery unless it returns the S-400,” Hoffman told reporters.

Earlier on Tuesday, Turkish President Recep Tayyip Erdogan said the United States has softened its stance on Turkey’s purchase of the Russian S-400 air defence systems and reduced its demands to asking Ankara not to put the weapon on active service.

Russia began delivering the S-400 to Turkey in July 2019. The United States has demanded that Turkey cancel all purchases of the S-400, saying it expects Ankara to purchase US-made Patriot air defence systems instead. The United States also threatened to delay or cancel any deliveries of the fifth-generation F-35 jets to Turkey.

However, Turkey has refused to make any concessions regarding the S-400 purchase. Erdogan said last week that the S-400 would enter service in Turkey in April.