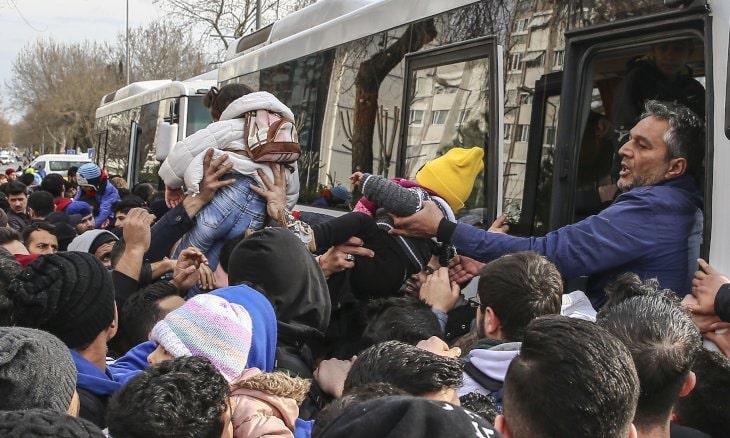 Around 300 migrants at Ankara’s Akyurt Repatriation Center were transported to the border against their will on the night of Feb. 29, Ankara Bar Association’s Migrant Rights Center Chair Sadık Onur Gelbal said on March 4. According to a migrant still in the center, only 7 migrants stayed in the center after resisting deportation. Attorneys have not been allowed to visit it.

While members of the rights center weren’t allowed into the repatriation center for inspection, lawyers who entered it to meet with their clients witnessed the refugees being forced to travel.

“We were informed by colleagues who witnessed it first hand that on the night of February 29, migrants were forced onto buses and involuntarily transported to the border,” Gelbal said.

The attorney told Gelbal their client had been forced to depart even though they had an ongoing lawsuit in Ankara. He added that they weren’t able to prevent the migration management officials from transporting them.

“The migration management officials emptied out the repatriation center with six buses,” Gelbal said. “A migrant who is still in there said that there are only seven people remaining there who are resisting being transported.”

Bar member Ebru Beşe said that one of their coworkers was kept from meeting with their client and was surprised by what they saw at the center.

“When they went to make an official complaint about the meeting they missed, they saw that the whole center was empty,” Beşe noted.

Another attorney of the bar who wished to remain anonymous told Gelbal that they received a call from a client in the middle of the night on Feb. 29, telling them “they’re taking me away by force.”

“When we went there that night, no officials came to talk to us,” said the attorney, “According to the migrants, some six or seven buses carrying 250 to 300 people left that night.”