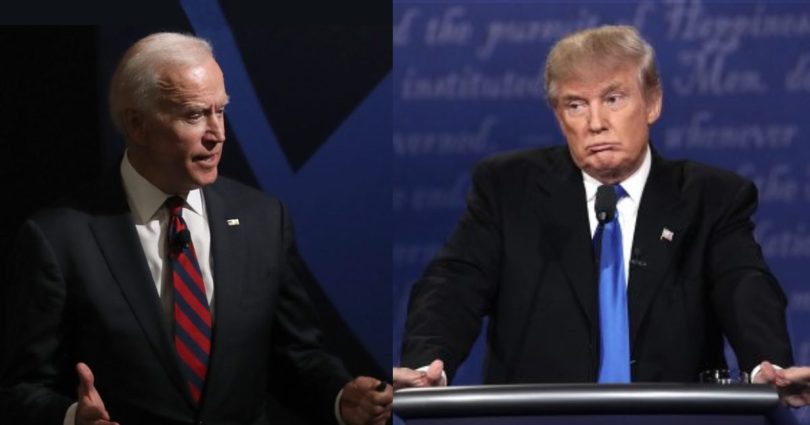 One of Trump’s gifts is saying what other people are already thinking but don’t want to admit out loud. That was the case during Thursday’s Fox News town hall, which was the most-watched election town hall in cable news history, with 4.2 million viewers. It was before those viewers that Trump — after alluding to Joe Biden’s gaffes about “Super Thursday” and 150 million dead in the last 13 years from gun violence — said what everyone is thinking: “There’s something going on there.”

The establishment instantly swung into defense mode. Former Clintonite and current CNN political analyst Joe Lockhart thinks that there’s a conspiracy behind the claim that Biden is suffering from cognitive decline:

So who is out there on Twitter pushing the BS story of Biden’s “cognitive decline”? Trump supporters, Bernie Bros and the Russians. Huh.

The Atlantic was on the issue early, assuring everyone that Biden is a stumble-tongue because he’s had a childhood stutter and still fights it when fatigue hits:

A stutter does not get worse as a person ages, but trying to keep it at bay can take immense physical and mental energy. Biden talks all day to audiences both small and large. In addition to periodically stuttering or blocking on certain sounds, he appears to intentionally not stutter by switching to an alternative word—a technique called “circumlocution”—­which can yield mangled syntax. I’ve been following practically everything he’s said for months now, and sometimes what is quickly characterized as a memory lapse is indeed a stutter. As Eric Jackson, the speech pathologist, pointed out to me, during a town hall in August Biden briefly blocked on Obama, before quickly subbing in my boss. The headlines after the event? “Biden Forgets Obama’s Name.” Other times when Biden fudges a detail or loses his train of thought, it seems unrelated to stuttering, like he’s just making a mistake. The kind of mistake other candidates make too, though less frequently than he does.

Washington Monthly wrote an entire article that included quoting from Atlantic and then added some other quotations to bolster the same theory: Biden isn’t in the grip of dementia or some other cognitive decline; he’s just tired and overwhelmed.

The problem is that there comes a certain point when it’s clear that the person doing the talking isn’t just having tangled words, he’s having tangled thoughts. Just this afternoon, Biden once again said something that goes far beyond the “word soup” that all of us occasionally struggle with, when the wrong word pops out. This one was positively Freudian for, out of a meaningless tangle of words, he eventually managed to say, “We cannot win this re-election. We can only re-elect Donald Trump.”

Joe Biden sums up his campaign:

"We cannot win this re-election. We can only re-elect Donald Trump." pic.twitter.com/TrO7pCUCUT

For those who remember Biden’s performance during the 2012 Vice Presidential debate with Paul Ryan, Biden was sharp then. He was also mean, overbearing, and dishonest, but that’s not the point of this post. Instead, it’s to note that just eight years ago, Biden was a different man, well-fleshed and well-spoken. Now, he’s got a face like a death’s head and he’s manifestly confused:

Incidentally, if that video showing Biden’s mental decline doesn’t convince you that Biden is not fit to lead the most important country in the world, this one, which covers Joe’s years of inappropriate behavior with little girls, just might:

As you can see, Joe isn’t just-hands on with women, something he and his defenders ascribed to his being a touchy-feely guy from a past generation. What is indefensible is his hands-on behavior with little girls, something that is not now, nor has it ever been, acceptable.