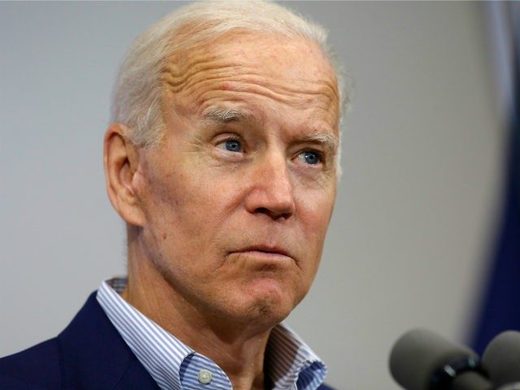 President Trump promised to make the media and Democrats rue the fact that Joe Biden’s corruption in Ukraine has been placed off limits.

The president phoned in to Sean Hannity’s Fox News program Wednesday night, just 24 hours after Biden’s incredible return from the dead. While much can still happen to once again alter everyone’s expectations, the former vice president is now seen as the clear frontrunner to win the 2020 Democrat presidential nomination.

Hannity turned Trump’s attention to the work done by Peter Schweizer, president of the Government Accountability Institute and Breitbart News senior contributor, as it relates to Hunter Biden, Joe Biden’s 50-year-old son, who received millions of dollars from the Ukrainian energy company Burisma while his dad — then the sitting vice president — directed $1.8 billion in U.S. aid money to Ukraine.

These revelations, and more, were exposed in Schweizer’s bestseller Profiles in Corruption: Abuse of Power by America’s Progressive Elite“. Most striking was the discovery that Hunter did not speak the language in Ukraine nor did he have any experience in the energy sector.

Incredibly, after a Ukrainian prosecutor launched an investigation into Hunter’s company, then-Vice President Biden used the threat of withholding U.S. aid to force Ukraine to fire the prosecutor.

The whole thing stinks to high heaven, and Trump knows it. He also knows the media and the Democrat establishment have so far made the topic verboten during the primary process and that this is an opportunity for him.

Here’s a transcript of Trump’s remarks on the subject via RealClearPolitics:

Well, to show you how crazy it is, it’s not a campaign issue for the Democrats. They don’t want to bring it up. They were obviously told you can’t bring that up.

So even people that are against — if you look at Joe, they’re against Joe. They don’t want to bring that up. That was off-bounds.

I watch certain reporters say that this is totally unsubstantiated, and were sorry to even ask you a question — Anderson Cooper — then he asks a question at one of the debates, and it was so mild, and a ridiculous answer is given, because there is no answer to it — of course it’s corrupt. And so, he gives a really bad answer.

I’d actually prefer it that they can. But I don’t believe they’ll be able to answer those questions. That was purely corrupt.

In their zeal to succeed at the failed impeachment hoax, Democrats and the media (but I repeat myself) have put themselves in a bind.

You see, the whole point of the grueling primary process is to suss this stuff out before you find yourself in a general election with a vulnerable candidate. You use the primary process to get everything out into the open. This way, you are either able to rid yourselves of a candidate too damaged to succeed in the general election or you turn the scandal into old news or the trial by fire gives the candidate in question the ability to come up with some good answers.

Democrats and the media refused to do this, though, because they did not want to legitimize the Ukraine scandal. How do you impeach Trump for asking Ukraine to look into a legitimate scandal involving Biden? You can’t, which forces you to pretend the scandal is not legitimate, which means you don’t litigate it during the primary, which means Biden is vulnerable going into a general election.

And so, Trump is absolutely correct: Biden has no good answers to his son’s looting of Ukraine and his own bragging about using U.S. aid to extort the Ukrainians into firing that prosecutor.

Should Burisma Biden win the nomination, the fake news media will, of course, try to shield Biden in the same way they protected Obama from his troubling racialist past in 2008, his Benghazi debacle in 2012, and in the same way the media tried to protect Hillary in 2016 from her email scandal and health problems. Basically, the fake media will declare Ukraine off-limits, a third rail, a debunked hoax, old news, etc.

You know, all the old tricks.

For a number of reasons, this will not work.

To begin with, unlike John McCain in 2008 and Mitt Romney in 2012, Trump is not intimidated by the media.

Secondly, in the era of New Media, the fake news media can no longer cover up information damaging to their preferred candidate.

Finally, there’s something called The Facts, which are devastating for Biden — and here they are: after the White House put Biden in charge of relations with Ukraine, Hunter Biden earned $50,000 a month — a month! — from this corrupt energy company … and after a prosecutor began to look into Hunter’s company, Biden threatened to withhold U.S. aid unless he was fired.

Something else the media will attempt to cover up in 2020 is Biden’s frailty, the fact that his 77-year-old mind is in obvious decline.

The brutal facts of the scandal, Biden’s inability to finesse his way out of it, and Trump’s fearlessness mean we’ll be hearing a lot about Ukraine in the coming months, and I, for one, can’t wait.