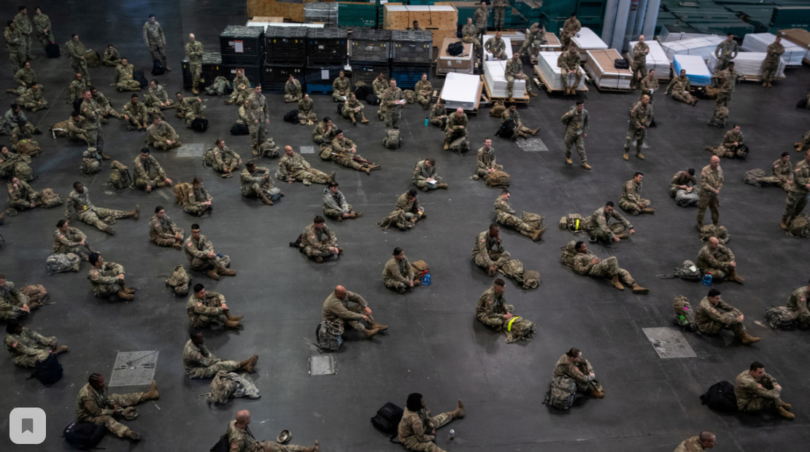 To help with the Covid-19 coronavirus emergency, US President Donald Trump has signed an executive order authorizing the call-up of up to a million reserve military personnel in the army, navy, air force and coast guard.

Secretaries of Defense and Homeland Security – which is in charge of the Coast Guard units not subordinated to the Navy – are now authorized to order individual members and units of the Ready Reserve under their jurisdiction to “active duty not to exceed 24 consecutive months,” Trump noted in the executive order signed on Friday evening.

The number of mobilized reservists is “not to exceed 1,000,000 members on active duty at any one time.” The Pentagon and Homeland Security are supposed to ensure “appropriate consultation is undertaken with relevant state officials” about using National Guard reserves activated under this order.

The call-up is part of a flurry of presidential actions aimed against the Covid-19 outbreak on Friday, including the signing of a $2.2 trillion stimulus and relief bill – widely criticized on both sides of the aisle in Congress, but passed anyway – and invoking the Defense Production Act to compel automakers to produce ventilators needed to treat severe coronavirus cases.

Trump has been reluctant to invoke the authority under the DPA for over a week, saying major corporations had offered to comply with federal supply requests voluntarily, only to blow up at General Motors and Ford in a series of angry tweets in the morning.

The US shot to first place in the world in terms of the number of registered Covid-19 cases, ahead of Italy and China – where the contagion originated in December – with over 100,000 people testing positive, and more than 1,500 fatalities.