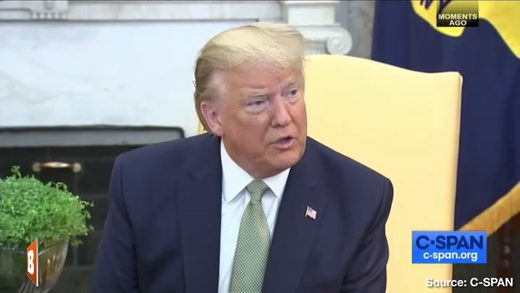 President Trump says a domestic travel ban within the United States is “a possibility” to fight the spread of the coronavirus from Wuhan, China.

While answering questions at the White House on Thursday, Trump said he was not ruling out a plan to implement a domestic travel ban to stop state-to-state transmissions of the coronavirus.

The exchange went as follows:

REPORTER: Are you considering travel restrictions within the United States, such as to Washington State or California? [Emphasis added]

TRUMP: We haven’t discussed that yet. Is it a possibility? Yes. If somebody gets a little bit out of control, if an area gets too hot. You see what they’re doing in New Rochelle, which is — which is good, frankly. It’s the right thing. But then it’s not enforced, it’s not very strong but people know that they’re being watched … New Rochelle, that’s a hotspot. [Emphasis added]

Trump’s reference was to New Rochelle in Westchester County, New York — just above Manhattan — where neighborhoods have been under quarantine and where the U.S. National Guard has been sent in to enforce travel restrictions. 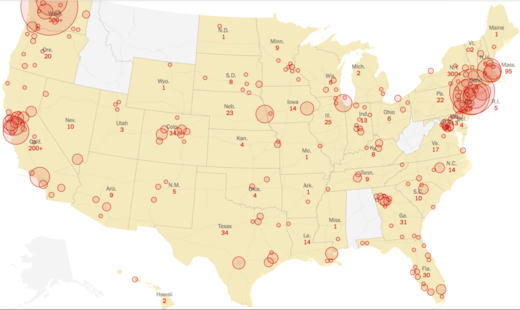 The remarks come as a passenger traveling from John F. Kennedy (JFK) Airport in New York City tested positive for the coronavirus upon landing in Palm Beach, Florida. The nation’s leading health experts have said containing migration and travel to and within the U.S. is critical to stopping the spread of the coronavirus.

Already, Trump has issued travel bans on China, Iran, and the continent of Europe. The travel ban on Europe, to be implemented this week, will ensure that European residents and recent travelers to Europe are not readily able to land in the U.S.

In the U.S., there have been more than 1,400 confirmed cases of the coronavirus and 38 deaths.