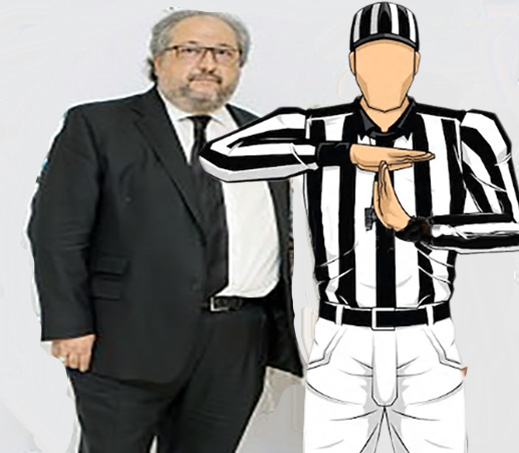 All these years the West wildly misunderstood and misinterpreted Stalin’s Purge of the second part of 1930s. In reality it was a deadly fight between the Russian patriots and the Jewish Bolsheviks that took power in Russia in 1917 with the help of the combined armies of all world empires invading Russia immediately following this ethnic coup masquerading as a political movement. During their twenty years in power, Jewish Bolsheviks terrorized the Russian Christian population harvesting over twenty million innocent victims which amounts to 10% of the country’s population at the time.

85% of the government, nearly 100% of all punitive apparatus, GULAG prison administrations, judges and courts, political police, national security, defense, academia, science and media was occupied by 5 million members of the Polish extremist cult of Rabbinical Talmudism coming from… Poland. Only by the 1930s an opportunity to overthrow them emerged under the threat of an upcoming joint European war against Russia. The Russian patriotic forces inside the government and bureaucracy fought against this genocidal, outside controlled, Messianic religious cult, and its mutating extremist ideology.

In the 1990s the situation repeated itself, when the cult members remaining in the USSR, after 40 years of preparations, first – destroyed the great country by means of governmental deception and treason. After re-taking power in Russia they destroyed it economically. The human catastrophe of unparalleled proportion followed. After a thousand years of existence, the Russian nation was craftily divided into three parts, separated by and along the Jewish Bolsheviks’ artificially drawn borders. Countries that never existed in history were created. Russia lost 1/3 of its historical territory and half of her population. In what remained of Russia, the human toll was 10 million lives lost in 10 years. Enough to say that a birthrate in Russia in 1990s was lower than during the Great Patriotic War of 1941-1945. This fact only points at how brutal the Liberal Terror was on the people. Those who never lived through the horror of your government, law enforcement, national security, the ministry of foreign affairs, every single government official chosen by careful selection for this mission, turning against people and against you personally, those, who never lived through this, don’t know what real horror and powerlessness means. Needless to say that the government’s treason always coincides with foreign invasions, which Russians fought against in 1918 to 1923, in 1941 to 1945, and in the 1990s to 2000s.

After patriotic forces took power back in the 2000’s, it was inevitable that those foreign controlled individuals placed in positions of authority in preparation for the Gorbachev – Yeltsin coup and those who came to power during the Liberal terror of the 90s needed to be removed. If the majority of those purged by Stalin were the Bolsheviks, it’s to no surprise that the majority purged today in Russia are Jewish hustlers who have been raping and looting Russia since the 90s. Whatever the reason why the UK joins Putin’s Purge, the enormous public treasure stolen from Russia and deposited in the UK is a target for the UK government to seize. This is an irony for the ages, by seizing the wealth stolen from Russia, the UK government is hurting Talmudists around the world by cutting them from their collective financing just a hundred years after the UK supported and paid for their ancestors to take power and commit genocide in my country.

So, as John Helmer reports on Boris Mints and his sons saga:

“The High Court ruled that Russian resident of the UK, Boris Mints, is arguably a grand larcenist whose money and assets, adding up to $570 million, ought to be frozen until there can be a full adjudication of all the evidence. This was the third successive High Court ruling to condemn Mints by three judges in just eight months.”

Boris Mints, who explained a mysterious sources for his wealth as: “None of us has inherited anything except for education.” And “I’ve matured and spent a lot of time with rabbis, who’ve taught me a lot.”

Oxford University Press (OUP) author that recorded Mints’ admission didn’t ask “whether the rabbis had been teaching Mints how to steal, or how to cover his tracks, or how to expiate both sins with the god Mints says they share.  Only schlemiels leave more evidence of the getaway, the rabbis told Mints, than there is evidence of the crime itself. Mints was too cocksure to attend. For more on Schimpfossl, read this.”

“Since mid-2019 Mints, along with his sons Dmitry, Alexander and Igor, have been on trial in a series of actions for recovery of their ill-gotten gains amounting to at least $572 million. An inventory of those has been presented to court, and a worldwide freeze order (WFO in legalese) imposed. Criminal proceedings commenced in Moscow last month. An extradition application will follow from Russian prosecutors to their UK counterparts, so a magistrate’s trial can be expected to follow on whether to return Mints to Russia or protect him in the UK.”

“The consensus judgement so far is that Mints is likely to have stolen two bank loans, $500 million from Otkritie Bank, $350 million from Rost Bank (part of National Bank Trust, which then became part of Otkritie), when the O1 group of Mints companies, finding themselves unable to repay the bank, bribed bank executives to approve a getaway scheme. This was to convert the genuinely valuable real estate securing repayment of the loans into worthless paper bonds issued by Mints front companies. These transactions were carried out in the second half of August 2017. The principal banker responsible for authorizing the scheme then ran away to Israel.”

“In these circumstances… it can in my view reasonably be inferred that individuals who use these methods to defraud a bank in this way and on this scale might readily resort to similar methods to render their major assets proof against enforcement in response to proceedings being taken against them.”

For now the British court tried to decide : “As for the gang, Cockerill came to the same point Jacobs decided last July – that the evidence of the Mints getaway was convincing that a “real risk of dissipation” required keeping the freeze order in place until a final decision can be reached on whether the money is to be returned to the banks. For risk of dissipation, read risk of yet another gang getaway, of transfer of the assets further out of reach.”

As I reported before here, Boris Mints used money stolen from Russia to finance the Boris Mints Institute for Strategic Policy Solutions to Global Challenges at Tel Aviv University. As was reported last week, the Tel Aviv University is a recruiting base and a contractor for a sinister Israeli General Intelligence Agency known as Shin Bet or Shabak.

The only conclusion can be made here is that when a nation suffers crippling losses from banks employing Israel-connected bankers who flee to Israel after they facilitate massive bank frauds, and having hustlers trained by rabbis looting together with the Israeli-connected bankers public wealth, the bank management, national security apparatus and the government are to blame for allowing these people to work in banking and in giving their co-conspirators loans in perpetuating their schemes.

After all, Russia has some experience in curbing extremist cults on her territory. The Daesh members, for example, would be hard pressed to find any job that is not behind bars, while the Jehovah Witnesses and Scientologists are not allowed to work in defense, and other strategic industries.

The common denomination in the 20th century repeated collapses of Russian society are the members of one extremist religious cult of Rabbinical Talmudism and the Western invaders. For the past 15 years, we manage to keep the Western invaders (and their proxies) at arm’s length. It’s time to do so with the rabbis. Their extremist ideology is their personal choice, let’s stop them from turning it into our collective fate.

Referee’s hand sign on Helmer’s illustration has many levels of meaning.

It indicates a technical violation.

In Persia, it means a sign to the American invaders that while they arrive vertically, they leave horizontally.

It’s also a sign of the Saint Anthony’s Cross called the Cross of Tau.

This symbol is hidden in the Egyptian Ankh as a symbol of life.

On this cross Moses lifted up the serpent in the wilderness.