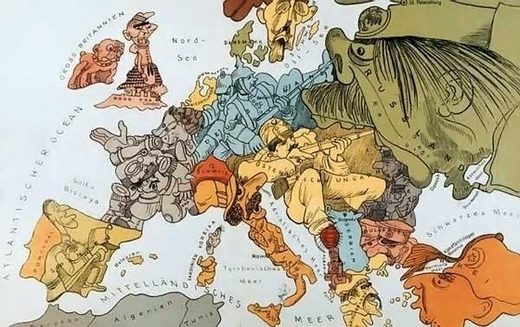 For the last five years, the American media has been filled with scurrilous articles demonizing Russian President Vladimir Putin.

Putin has been accused of every crime imaginable, from shooting down airplanes, to assassinating opponents, to invading neighboring countries, to stealing money to manipulating the U.S. president and helping to rig the 2016 election.

Few of the accusations directed against Putin have ever been substantiated and the quality of journalism has been at the level of “yellow journalism.”

In a desperate attempt to sustain their political careers, centrist Democrats like Joe Biden and Hillary Clinton accused their adversaries of being Russian agents – again without proof.

And even the progressive hero Bernie Sanders – himself a victim of red-baiting – has engaged in Russia bashing and unsubstantiated accusations for which he offers no proof.

Mettan is a Swiss journalist and member of parliament who learned

about the corruption of the media business when his reporting on the world anticommunist league rankled his newspapers’ shareholders, and when he realized that he was serving as a paid stenographer for the Bosnian Islamist leader Alija Izetbegovic in the early 1990s.

Mettan defines Russophobia as the promotion of negative stereotypes about Russia that associate the country with despotism, treachery, expansion, oppression and other negative character traits. In his view, it is “not linked to specific historical events” but “exists first in the head of the one who looks, not in the victim’s alleged behavior or characteristics.”

Like anti-semitism, Mettan writes, “Russophobia is a way of turning specific pseudo-facts into essential one-dimensional values, barbarity, despotism, and expansionism in the Russian case in order to justify stigmatization and ostracism.”

The origins of Russophobic discourse date back to a schism in the Church during the Middle Ages when Charlemagne was crowned emperor of the Roman empire and modified the Christian liturgy to introduce reforms execrated by the Eastern Orthodox Churches of the Byzantine empire.

Mettan writes that “the Europe of Charlemagne and of the year 1000 was in need of a foil in the East to rebuild herself, just as the Europe of the 2000s needs Russia to consolidate her union.”

Before the schism, European rulers had no negative opinions of Russia. When Capetian King Henri I found himself a widower, he turned towards the prestigious Kiev kingdom two thousand miles away and married Vladimir’s granddaughter, Princess Ann.

A main goal of the new liturgy adopted by Charlemagne was to undermine any Byzantine influence in Italy and Western Europe.

Over the next century, the schism evolved from a religious into a political one.

The Pope and the top Roman administration made documents disappear and truncated others in order to blame the Easterners.

Byzantium and Russia were in turn rebuked for their “caesaropapism,” or “Oriental style despotism,” which could be contrasted which the supposedly enlightened, democratic governing system in the West.

Russia was particularly hated because it had defied efforts of Western European countries to submit to their authority and impose Catholicism.

In the 1760s, French diplomats working with a variety of Ukrainian, Hungarian and Polish political figures produced a forged testament of Peter 1 [“The Great”] purporting to reveal Russia’s ‘grand design’ to conquer most of Europe.

This document was still taken seriously by governments during the Napoleanic wars; and as late as the Cold War, President Harry Truman found it helpful in explaining Stalin.

In Britain, the Whigs, who represented the liberal bourgeois opposition to the Tory government and its program of free-trade imperialism, were the most virulent Russophobes, much like today’s Democrats in the United States.

The London Times during the 1820s Greek Independence war editorialized that no “sane person” could “look with satisfaction at the immense and rapid overgrowth of Russian power.- The same thing was being written in The New York Times in the 2010s.

A great example of the Orientalist stereotype was Bram Stoker’s novel Dracula, whose main character was modeled after Russian ruler, Ivan the Terrible. As if no English ruler in history was cruel either.

The Nazis took Russo-phobic discourse to new heights during the 1930s and 1940s, combining it with a virulent anti-bolshevism and anti-semitism.

A survey of German high school texts in the 1960s found little change in the image of Russia. The Russians were still depicted as “primitive, simple, very violent, cruel, mean, inhuman, cupid and very stubborn.”

The same stereotypes were displayed in many Hollywood films during the Cold War, where KGB figures were particularly maligned.

Russophobia in the United States has been advanced most insidiously by the nation’s foreign policy elite who have envisioned themselves as grand chess-masters seeking to checkmate their Russian adversary in order to control the Eurasian heartland.

This view is little different than European colonial strategists who had learned of the importance of molding public opinion through disinformation campaigns that depicted the Russian bear as a menace to Western civilization.

Guy Mettan has written a thought-provoking book that provides badly needed historical context for the anti-Russian delirium gripping our society.

Breaking the taboo on Russophobia is of vital importance in laying the groundwork for a more peaceful world order and genuinely progressive movement in the United States. Unfortunately, recent developments don’t inspire much confidence that history will be transcended.

Jeremy Kuzmarov is the author of The Russians are Coming, Again: The First Cold War as Tragedy, the Second as Farce (Monthly Review Press, 2018) and Obama’s Unending Wars: Fronting for the Foreign Policy of the Permanent Warfare State (Atlanta: Clarity Press, 2019).