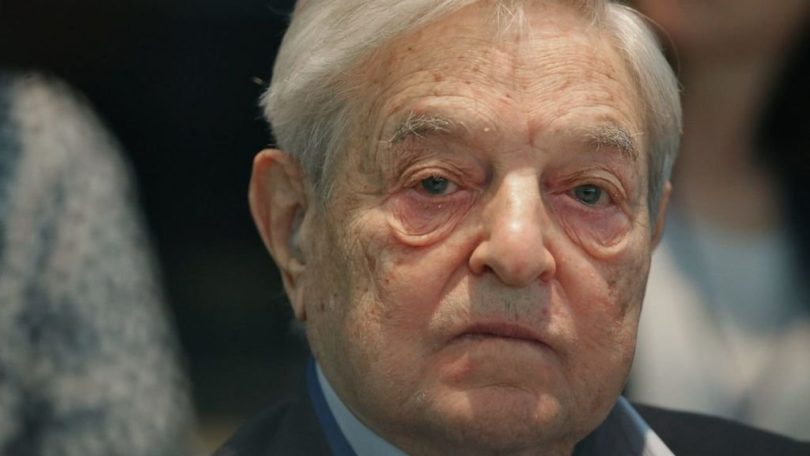 President Trump is using the COVID-19 economic crisis to deal a death blow to globalism and bring jobs back to America and the situation is causing George Soros and his army of paid minions to go nuts.

The main reason Trump was elected was for his promise to reject globalism and put “America first,” and the coronavirus economic meltdown is something he is using to make America’s economy even stronger in the long run.

George Soros and his paroled radicals have seen the future and they are running scared and writing articles with lines that include the following:

While it is too soon to celebrate the end of globalism, it is clear that President Trump has America on the right track to end the scourge and bring jobs back home to America.

MadWord report: The result of globalization over the last 30 years is American manufacturing companies moving overseas to Asia. “Made in China” products flooded our market place. The globalists knew they could get Chinese and Vietnamese workers to make their products for much less than American workers.

Trump, the Brexit campaign, and other “nationalistic” movements around the world were a rejection of globalism in favor of nationalism economic policies.

Before the coronavirus outbreak, Trump had done significant damage to the globalists.

He deregulated various industries and put a big wrench into the cost dynamic with tariffs on imported goods from China and Asia. Trump then eliminates the three-decade-old NAFTA loopholes that allowed manufacturers to work around origination rules, replacing it with his USMCA trade agreement that requires parts to originate in North America.

Companies start coming back to America. The economy booms. Then, we get this COVID-19 crisis. Well, guess who is coming to Trump for help?

The big corporations, many who are still overseas. If they want help—like cash— from the government, then they will have to come home.

Senator Josh Hawley tweeted: “To any multinational corporations that come to Congress asking for taxpayer $$$, you better come prepared to explain how you will move supply chains and jobs back to America if you want my vote.”

That means new jobs for Americans who may find themselves out of work or laid-off due to the coronavirus.

Trump’s put out the word to the GOP Senators. Any legislation that directs money to multi-national corporations must have the caveat they will bring jobs back to the states. The president is looking to divest completely from China, where many of our vital needs come from.

Most people don’t know but most of our pharmaceuticals are made in China, and that is going to stop.

“Peter Navarro, The White House’s director of trade and manufacturing policy and the administration’s other China hawks are pushing to use the coronavirus crisis to press U.S. companies to end their dependence on foreign suppliers,”  Politicoreports.

George Soros is going nuts. He is paying his minions to write foreign policy columns like: “The Coronavirus Is Killing Globalization as We Know It. The outbreak has been a gift to nativist nationalists and protectionists, and it is likely to have a long-term impact on the free movement of people and goods.”

You’ll recall, Soros’ baby is his “Open Society” organization that he pumps millions into to push globalization and open borders.

“But the coronavirus crisis is likely to have a lasting impact, especially when it reinforces other trends that are already undermining globalization. It may deal a blow to fragmented international supply chains, reduce the hypermobility of global business travelers, and provide political fodder for nationalists who favor greater protectionism and immigration controls,“ writes Phillipe Legrain, one of Soros’ puppets.

“Never let a good crisis go to waste” is the saying made famous by Rahm Emmanuel, Barack Obama’s former Chief of Staff. For Americans who are hurting right now, they can take heart in knowing this crisis is causing enemies of America like George Soros to see all his evil empire crumble by a pandemic.

Soros and his minions see the writing on the wall. So, if you are worried about your job and cash, please take heart in knowing the president’s main concern is you and your family, and don’t be scared to ask for help.