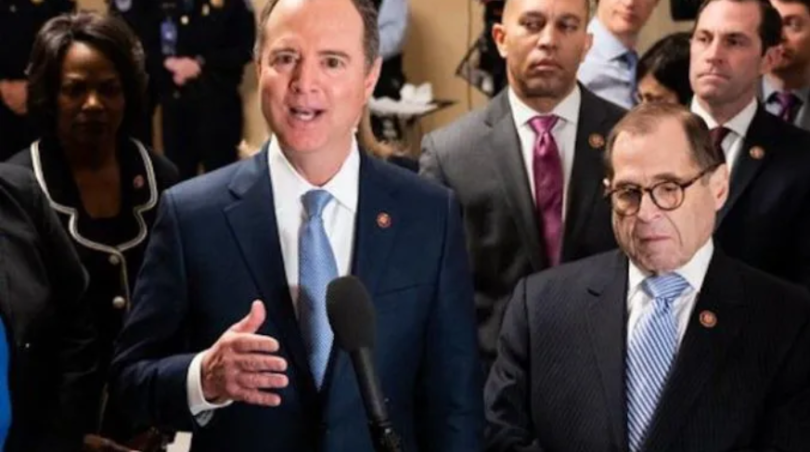 Schiff’s plea followed the release of a widely-panned celebrity sing-a-long video, in which various noted entertainers joined together to produce a “We Are the World”-like video, singing John Lennon’s “Imagine.”

Writing an op-ed in Variety magazine, Rep. Schiff called on Congress to give taxpayer-funded benefits to industry professionals, including actors, as part of the government’s coronavirus stimulus package.

“Congress has already passed bipartisan legislation to help protect the health and financial security of families across the country as we confront this unprecedented challenge.

“But we will need to pass a much larger relief package, and do so soon, including direct payments to Americans to help them weather this storm. Entertainment workers must not be left behind. ” – Rep. Adam Schiff, Variety.

According to Adam Schiff, Americans are “even more in debt” to the industry and entertainers because of the “support” they have provided during the coronavirus lockdown.

Speaking to industry trade website Deadline on Thursday, Schiff insisted that entertainment industry workers, including actors, must be included in any congressional coronavirus relief bill.

Schiff’s celebrity-friendly demand came three days before Democrats on Sunday blocked a bill that sought to provide much-needed stimulus for the economy and relief for American workers during the coronavirus crisis.

Schiff’s congressional district includes Hollywood and other parts of the greater Los Angeles area and he said the freelance and contract-work nature of the industry made many unable to claim unemployment compensation and other benefits.

“Beyond those few regularly seen on screen are many dozens or hundreds of other workers,” Schiff wrote in Variety. “They operate the cameras, build the sets, create the lighting and write the scripts. They provide security for live audiences, assist the producers, market the show and ensure distribution. And yes, they also act, appear as extras, scout the locations, provide the makeup, and so much more.”