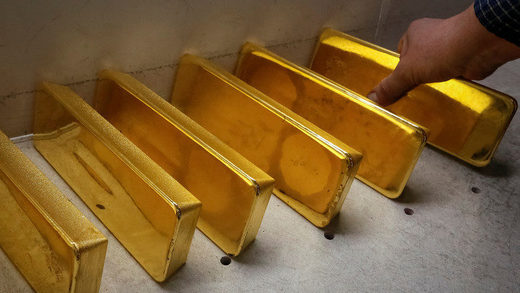 Sales of Russian gold abroad jumped eight-fold last year to $5.7 billion, with almost all of that volume purchased by the United Kingdom.

According to customs data seen by RBC business news outlet, gold exports to Britain have grown more than 12 times in terms of value, to $5.33 billion.

Supplies to the UK accounted for 93 percent of all Russian gold exports. Twelve other countries, including Kazakhstan and Switzerland, bought only $409 million-worth of Russian gold.

Almost the entire volume of deliveries to the UK is gold bullion. Taking into the account the London standard (an ingot weighing about 12.5 kg), it turns out that Russia delivered at least 9,000 ingots to the UK last year.

In addition to gold, Russia also increased the export of platinum (doubled to $936 million) and silver (2.5 times, to $100 million) to the UK.

Experts say that, in general, the scale of gold inflows to the United Kingdom most likely reflects global trends in demand for the precious metal and the country’s traditional role as a center for its trade and storage.

According to Oleg Shibanov, a professor of finance at the New Economic School in Russia, there was certainly a Brexit factor which could affect British investors, along with “many other uncertainties,” such as the US-China trade war.

Russia has continued filling its coffers with gold, having added almost seven tons of the precious metal to its reserves in January. The country’s total gold holdings amounted to 73.2 million troy ounces (2,276.8 tons) as of February 1, and are worth around $116 billion, according to the latest data from the Central Bank of Russia.