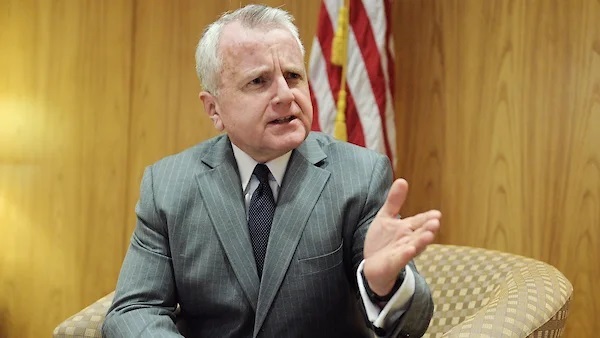 The US Ambassador to Russia, John Sullivan, gave an interview recently. Asked about the US state enforced disappearance of Russian citizens all over the world, he said these are not kidnappings, but US extrajudicial enforcement of domestic laws on citizens of Russia.

An interview in Russian

Q: All over the world, Russian citizens are arrested at the request of the United States. We are seeing more and more of such cases. Recently, a young woman, Olesya Krasilova, who previously worked in the consular section of the US Embassy in Moscow, was arrested in Spain. And there are dozens of such stories. Is that a manhunt of the Russians?

Sullivan: “I will not comment on any specific cases. For this, you should contact my colleagues in the Ministry of Justice. But what I can say is that the United States is enforcing its criminal code against individuals and organizations, including through a legal instrument such as extradition treaties that we have concluded with many countries. If a person has violated American laws, which was confirmed by the evidence provided by the American side, then the country with which we have a corresponding agreement should detain this person and extradite him to the United States. As soon as such a person is extradited to the United States, they are entitled to all the legal tools provided for by our Constitution and our Criminal code. He is granted a lawyer, a trial with an independent jury, and the right to appeal. But the most important thing is that we do this all over the world, and other countries have the same practice.

I know this well from my past experience as Deputy Secretary of State, when one of my tasks was to approve requests from other States to extradite their citizens from the United States. As for Russia, we do not have an extradition treaty. In other words, we cannot ask the Russian authorities to hand over a particular person to us. And they can’t ask us to arrest and extradite a person who violated Russian law. Accordingly, I have not encountered any requests from Russia, but there have been many requests from the authorities of other countries for the arrest and extradition of their citizens. And this is the tool we use in the cases you mentioned. We do not hunt Russian citizens. We simply apply our own laws and extradition agreements with partner countries. This is not some practice aimed selectively at Russians. And the volume of use of such tools is not mass. I can tell you this as someone who has worked for the US Department of Justice for many years. We hand out far more people to other countries as part of our agreements with them. The same number of detainees (at the request of the United States.- “Kommersant”) there are not so many Russians. So criticism of the US in this case is not justified.”

Judging from the cases of those arrested and illegally handed to the US, most of them with the exception of Maria Butina and maybe a couple of other people, have never been to the US and had nothing to do with this country.

John Sullivan saying that the US kidnapping of Russian citizens under frivolous accusations and trumped-up charges is an acceptable practice is full of shit.

Russia’s MID issues annual warning about kidnappings of Russian citizens organized by the American government all over the world. Russian people just don’t think they have anything to fear.

Hopefully, with the SARS-CoV2 epidemic, less people would be traveling and less would be kidnapped.

On the other hand, there are about 40,000 American citizens who also have Russian citizenship, and they might be next on the list to be arrested and jailed for life by the American kangaroo court in their unquenching thirst to hurt Russians.