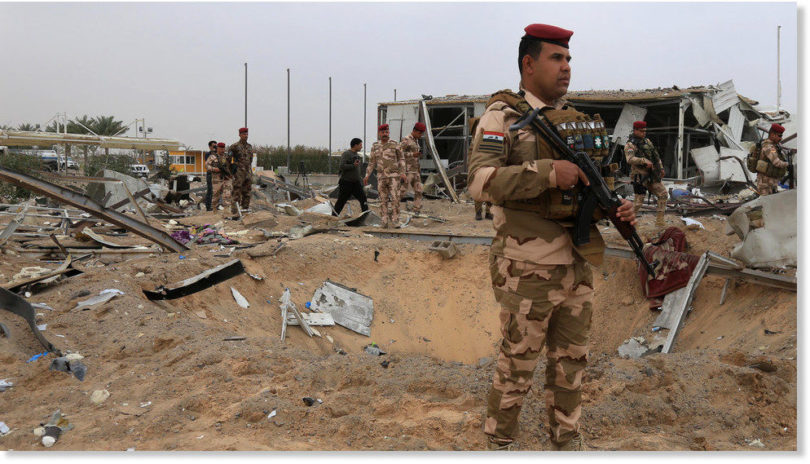 An Iraqi base hosting foreign military service members was hit by a barrage of rockets on Saturday, Iraqi officials have said. A similar attack on Wednesday killed three people, including two Americans.

Unconfirmed reports on Iraqi social media said as many as 20 Katyusha rockets had been fired at the base“.

The Wednesday attack on Camp Taji claimed three lives and left a dozen more injured. The soldiers killed were identified as a 27-year-old US Army specialist, a 28-year-old US Air Force staff sergeant and a 26-year-old British lance corporal reservist with the Scottish and North Irish Yeomanry.