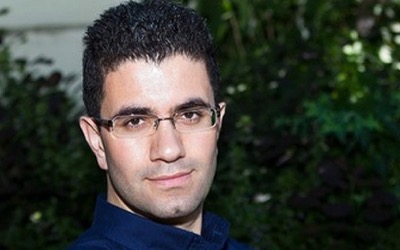 Iranian journalist Saeed Kamali Dehghan (photo) working for The Guardian has confirmed that Jamal Khashoggi was his informant. According to him, the latter’s revelations to him constituted the motive for the assassination of the Washington Post journalist (and member of the Muslim Brotherhood), on 2 October 2018 in Istanbul.

In October 2018, Saeed Kamali Dehghan published three articles spotlighting the Saudi connections of certain media [1]. He pointed out, in particular, that London-based Iran International TV is secretly funded by Saudi Arabia to the tune of $ 250 million.

The Persian language television channel was created just before the Iranian presidential election on 19 May 2017.

Ofcom, the UK broadcasting regulatory authority, became concerned about the stances taken by Iran International TV, especially its praise of the People’s Mujahedin and the Avaz Liberation Movement: two organizations which have claimed responsibility for terrorist attacks against the Islamic Republic and which are backed by Saudi Arabia.

Saeed Kamali Dehghan stated that the channel’s disinformation campaign was conducted by Saoud al-Qahtani on behalf of Prince Mohamed bin Salman. Al-Qahtani happens to be the same person who handled the purge in late 2017 at the Ritz-Carlton in Riyadh and the interrogation to which Lebanese Prime Minister Saad Hariri was subjected. He was also the person fingered by Turkey as the overseer of the Khashoggi assassination. He is currently said to be under house arrest in Riyadh.

Saeed Kamali Dehghan was trained through the George Soros networks. He made a documentary in 2009 for HBO purporting to show that the young Neda Agha-Soltan had been murdered by the secret services of the Islamic Republic during the demonstrations against the re-election of President Mahmoud Ahmadinejad. For his work, he received a Peabody Award and was named journalist of the year 2010 by the Foreign Press Association in the United Kingdom (sponsored by Qatar). In reality, the young Neda was not murdered by Iranian government agents during the protests, but was killed on her way to the hospital at the hands of her attending physician/agent [2 ].

Saeed Kamali Dehghan later cooperated with CNN, CBC, France 24, Channel 4, and subsequently was associated with Le Monde and the Guardian.

Since Khashoggi’s assassination, Her Majesty’s secret service has been doing its utmost to discredit him and the Guardian has banned him from publishing anything on the subject [3 ].