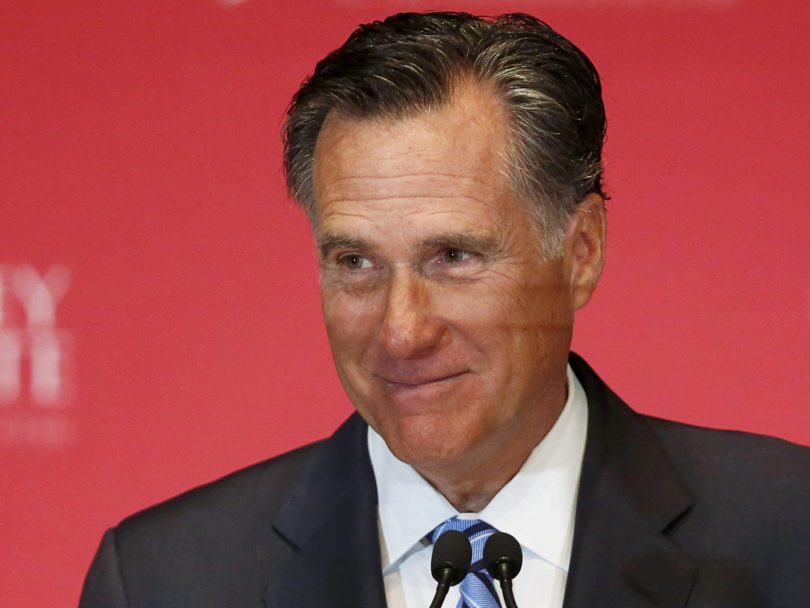 Sen. Mitt Romney (R-UT) is moving to block a key part of the Republican probe into Hunter Biden’s Ukraine activities after he argued that ‘people are tired of these kind of political investigations.‘

The Senate is set to vote next Wednesday on a subpoena for evidence about Hunter Biden’s position on the board of Ukrainian gas company Burisma where he earned millions, despite having no qualifications or experience, while his father was serving as vice president of the United States.

Romney’s vote is pivotal in the committee where Republicans hold an 8-6 majority. If he chooses to defect to the Democrat side again, this could result in a 7-7 stalemate.

According to Romney, the Hunter Biden probe should be dropped and would be better pursued by the FBI or another federal agency ‘if there’s something of significance that needs to be evaluated.’

Romney added: ‘There’s no question but that the appearance of looking into Burisma and Hunter Biden appears political. And I think people are tired of these kind of political investigations.’

Joe Biden said he was following recommendations of both the Obama White House and international governments – all of whom were concerned the prosecutor in question was not doing enough to fight corruption.

Trump was impeached on abuse-of-power and obstruction charges in the Democratic-led House of Representatives after he asked Ukraine to investigate the Bidens in July. He was acquitted of the charges by the Republican-controlled Senate.

Trump furiously referred to Romney as a ‘low life’ for defecting to the Democrat side in the vote.

Democrats alleged Trump abused his powers to smear his political rival Biden. The former vice president has shot out as the front-runner after this week’s Super Tuesday triumph.

Last night Trump doubled down on his claims about Joe Biden in the face of his Democratic rival’s glowing win.

When asked about Hunter Biden’s position at Burisma the president told Fox News Wednesday night, ‘That will be a major issue in the campaign.

Romney’s comments suggested that Johnson could have difficulty getting the Senate committee to approve a subpoena for documents and an interview from Andrii Telizhenko, a former Ukrainian diplomat and consultant for Blue Star Strategies, a Democrat lobbying and consulting firm.

Johnson declined to comment directly on Romney’s views but said he there is ‘no reason why anybody would object’ to the subpoena. It would mark the first such subpoena as part of the committee’s probe into Hunter Biden’s activities.