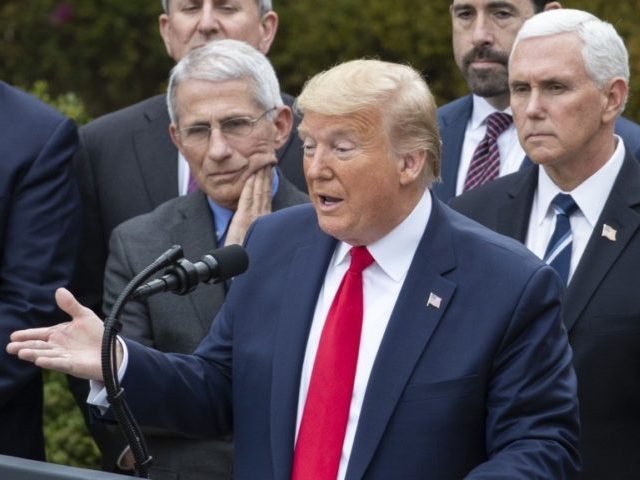 A 38-year-old Michigan man with no underlying conditions contracted coronavirus last week and was successfully treated with the drug combination being touted by President Trump.

According to Gruber, “Santilli said the biggest problem was waiting for test results that took four days to come back. In the meantime his condition worsened by the hour, and he thought he was going to die.”

“Santilli says he was slowly drowning and was convinced he ‘would not live until midnight.’ That’s when doctors made a decision he says changed everything,” Gruber said.

The survivor said the drug combination began to work “within a few hours.”

Santilli credited Trump for his survival.

“Donald Trump recommending that medication combination saved my life and a lot of other people’s lives,” he told Gruber.

Santilli criticized Gov. Gretchen Whitmer (D) for her recent threat against doctors and pharmacists, and believed it is a “terrible decision,” adding, “She is sentencing people to death.”

Whitmer sent a letter to medical professionals on March 24:

Prescribing hydroxychloroquine or chloroquine without further proof of efficacy for treating COVID-19 or with the intent to stockpile the drug may create a shortage for patients with lupus, rheumatoid arthritis, or other ailments for which chloroquine and hydroxychloroquine are proven treatments. Reports of this conduct will be evaluated and may be further investigated for administrative action. Prescribing any kind of prescription must also be associated with medical documentation showing proof of the medical necessity and medical condition for which the patient is being treated. Again, these are drugs that have not been proven scientifically or medically to treat COVID-19.

Santilli added that he isn’t the only one that is alive because of hydroxychloroquine and azithromycin either. He said the medical staff told him other patients were also responding well to the treatment and their lives are also being saved.

Gruber told Breitbart News on Friday he believes Whitmer is angling to be Joe Biden’s vice presidential nominee, and that his driving her opposition to Trump’s actions.