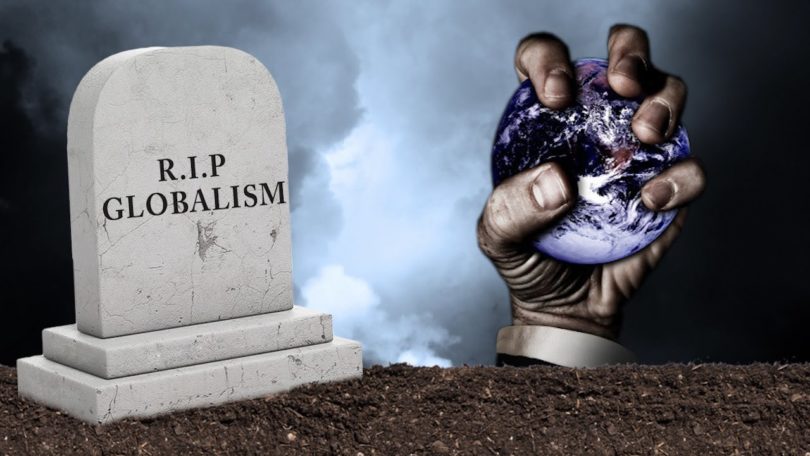 Paul Antonopoulos, Research Fellow at the Center for Syncretic Studies

U.S. President Donald Trump’s decision to cancel flights between Europe and his country, with the exception of the United Kingdom, and to impose a 14-day quarantine before entry can be made was an unpleasant surprise for Europe as Washington announced the decision without warning and coordination. The restriction has been introduced for an initial period of 30 days and is caused by the coronavirus pandemic declared by the World Health Organization. Although Europe found the action to be excessive, the European Union completely failed in dealing with the coronavirus and such actions are fully in line with measures taken by many countries, including Israel and Australia. In Israel, everyone who arrives from abroad must do a two-week quarantine at home, with authorities not allowing hotel stays – effectively there is no tourism. Although Australia has imposed a 14-day quarantine on new arrivals to the country, hotel stays are allowed.

Because of this, the increasing number of movement restrictions introduced by many countries due to coronaviruses are seriously affecting both national economies and the very idea of ​​globalization itself. Along with the U.S., Israel and Australia, Russia also decided to end flights with Italy, Germany, France and Spain with a few exceptions. Some other countries that have tightened their visa regime are India, Thailand and Sri Lanka, with the list likely to expand. As the coronavirus gets out of control in some European Union countries, many Ukrainians are returning home which could create an outbreak in the country that already has a strained healthcare system.

International and national meetings and events are being cancelled, including perhaps the most important, the World Trade Organization Ministerial Conference, which was supposed to take place in Kazakhstan. The World Figure Skating Championships is no longer being held in Canada and the U.S. are refusing to host the World Cup stages in skiing. Although the World Trade Organization cancellation is the biggest event to be the victim to the coronavirus, later this year the Tokyo Summer Olympics are to be held, with the torch ceremony beginning just a few days ago in Greece. The fate of the Tokyo Olympics is not yet determined, which would be a devastating loss considering it is the world’s biggest event this year. The International Olympic Committee and Japan are still determined to hold the famous sporting event, which is understandable since a delay or cancellation of it would be a devastating financial blow to the Asian country.

The shutdown of many countries to foreigners and the cancellation of events is a serious blow to national economies and brings to question the legitimacy of the liberal globalized world order. It appears that globalization is dying as coronavirus fear spreads across the globe. The idea of ​​an open and globalized world is a core value of the liberal world and any opposition to this is stigmatized as being a brutal regime, especially when we consider how the liberal world viewed the Soviet Union and views North Korea. The liberal idea of freedom of movement is almost universally accepted, and this is extended with those who travel or seek work abroad. However, such a worldview and the habits formed on its basis are beginning to cease to exist as people are suffering serious financial losses and are subject to state sanctions, such as quarantine. This is happening in various countries, regardless of their place in democratic and freedom ratings.

Moreover, the fact that the U.S. under Trump is at the forefront of supposedly reversing globalization, as argued because of his shutting down of the U.S. to foreigners arriving from Europe and the famous announcement of building a wall along the U.S.-Mexico border, will mean he will take every advantage of the coronavirus. It is unlikely that this is a short-term fix and Trump will drag out this situation to implement the changes he wants. The coronavirus has served as the perfect pretext for Trump to implement more isolationist policies and make another blow to the liberal globalized world. The European Union, as one of the epitomes of a liberal globalized order, was shocked by Trump’s move, and as they struggle with the coronavirus and the migrant crisis as Greece’s border, it is unlikely they can do much to preserve the status quo that so desperately try to defend.

Trump has consistently opposed open borders, so this is not so surprising. The real surprise comes with eight European countries imposing border controls so far: Austria, the Czech Republic, Denmark, Hungary, Lithuania, Poland, Switzerland and most surprisingly, Germany. Germany on Monday shut its borders with Austria, Switzerland, France, Luxembourg and Denmark, a surprising move considering German Chancellor Angela Merkel became a champion of open borders during the 2015 migration crisis. Effectively, as the European Union opened its borders to a flow of undocumented migrants, the alliance has contracted with the coronavirus spread.

Although Merkel is an ardent defender of liberalism, even she has had to become internally focused. The European Union as an institution still defend open borders, with President of the European Commission,” Ursula von der Leyen saying “We need to keep goods flowing across Europe without obstacles.” However, this is a crisis situation for Germany with at least 9,360 confirmed cases and has felt its only solution is to go against open borders despite its own demands that Greece, Bulgaria and Italy open its borders to undocumented migrants in 2015. Perhaps this coronavirus pandemic in Europe will now bring stronger criticisms to the existing liberal order and more sympathy from northern Europe to Mediterranean Europe who suffered from open border demands from Berlin and Brussels in the past. The final blow however came when the European Union had to accept that it had to ban all non-EU nationals with the exception of Britain, Iceland, Liechtenstein, Norway, and Switzerland – the open border champions had to close their borders.