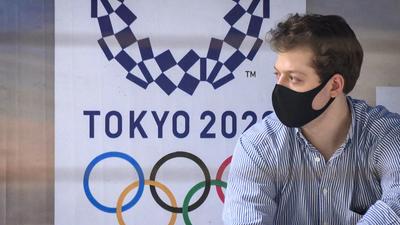 USA Swimming’s CEO is urging the U.S. Olympic and Paralympic Committee to push for the postponement of the Tokyo Olympics until next year.

Tim Hinchey wrote to USOPC CEO Sarah Hirshland on Friday to advocate on behalf of his governing body’s 400,000 members.

Hinchey said athletes’ worlds have been turned “upside down” as they struggle to find ways to continue preparing and training for the games. He wrote that “pressing forward amidst the global health crisis this summer is not the answer.”

Because of the disruptions in training, Hinchey said going ahead with the Olympics this year “calls into question the authenticity of a level playing field for all.”

First, the cancellation in 1940 because of WWII. Then, the boycott in Moscow in 1980. Now a virus crisis in 2020... confirming the forty-year cycle that disrupts the Olympics.

Aso said an ominous forty-year cycle disrupts the world’s major sporting events. It started back in 1940 when Japan was preparing to host the summer and winter Olympics, but then the onset of WWII led to the cancellation.

Forty years later, in 1980, many countries boycotted the Olympics in Moscow as a protest against the Soviet Union’s war in Afghanistan.

Now the outbreak of COVID-19 could postpone the 2020 Olympics.

Suga is working closely with the International Olympic Committee (IOC) to make sure the Games will go ahead as scheduled, starting on July 24 and continuing through August 9.

“We’re not making any adjustments to postpone the Games,” Suga told parliament.

His comments come after deputy head of Japan’s Olympics Committee Kozo Tashima, who is also the president of Japan’s Football Association, tested positive for the virus.

Dozens of Olympic qualifier matches were suspended this week as top officials say the show must go on.

We noted earlier this week that the Spanish Olympic Committee is recommending that the games be delayed.