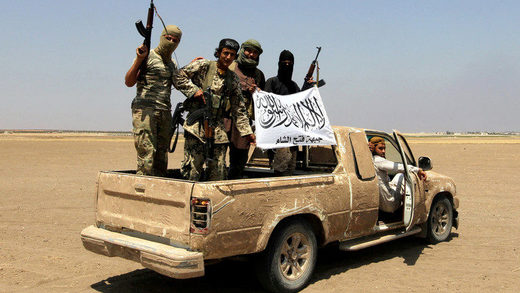 A UN-mandated report, which accuses Russia of war crimes in Syria, heavily relies on anonymous sources and lacks evidence, but also smacks of deliberate disinformation that is halting the eradication of terrorism in Idlib.

Earlier this week, the The Independent International Commission of Inquiry into the Syrian Arab Republic released a report largely lambasting Syria and Russia in their fight against terrorism in Syria. Corporate media were quick to echo allegations of Russian “war crimes” in Syria, all while diminishing the crimes of terrorist groups against Syrian civilians and soldiers.

The report does passingly acknowledge that Syria, Russia and allies are fighting “armed opposition groups, including Hay’at Tahrir” (al-Qaeda); the rest of the document reads mainly as a litany of accusations against Syria and Russia.

In the “mandate and methodology” section, the report notes that its information is based on “233 interviews conducted in the region and from Geneva” as well as from governments, NGOs, and UN reports.

So a report based on testimonies taken in Turkey, Jordan, Lebanon or by phone, is again negating the masses of Syrians in Syria who would like their truths to be heard, the terrorism they have endured to be known.

I scoured the 24 pages of the report, but even in the annexes I could find no transparent and credible sources, only the following vague terms repeatedly referred-to: Witnesses, civilians, NGO, rescuers, medical teams, first responders, flight spotters, and early warning observers.

The first of two major accusations against Russia is of conducting airstrikes on Marat al-Numan, Idlib, on July 22, 2019, allegedly killing 43 civilians and targeting a market.

Details for this claim are provided by the unnamed sources mentioned above. Quite possibly, information was also provided by the usual suspects, like the one-man (Rami), UK-based “Syrian Observatory for Human Rights,” and the terrorist-affiliated White Helmets fake rescue group, which, by 2020, should need no introduction.

The commission refers to flight spotters, “civilians who monitor aircraft flights to provide…advance warning prior to an air strike.”

But who are these civilians? Do they use the early-warning radar systems like those provided to the White Helmets? Are they neutral observers? Or the usual sources embedded with terrorists that we are meant to believe as credible?

The report claims it had obtained “satellite imagery, video footage and photos” regarding the alleged airstrikes. Yet none are included in the report.

It claims it “obtained flight communication intercepts conducted in the Russian language.-

How did it supposedly obtain these intercepts? How do they know they are authentic? How do we know, since the alleged intercepts are not shared in the report?

Russia has emphasized that “Russian aviation was not used in this area on July 22 and did not fly there.”

Given that Syria is surveilled by the intelligence services of the US, Israel, and Turkey, is it really plausible that Russia would be so careless as to broadcast their moves over airways?

So, for claim number one, we are presented with a number of unnamed sources. There is no transparency as to who these sources are, what their allegiances are (civilians or members of al-Qaeda or other armed groups in that area) and no visual evidence presented.

Just the words of the commission. Trust them.

Journalist and blogger Vanessa Beeley, who was last week in Marat al-Numan, told me “I can categorically say that the White Helmet centers in Marat al Numan were next door to Nusra Front, as always.”

Keep that in mind when watching their dramatic footage of the alleged July 22 attacks.

The second claim concerns a Russian airstrike on a refugee compound near Haas, Idlib, on August 16, 2019, allegedly killing 20 people.

The commission’s segment on this accusation is long, with details about why people came to live in that compound, on the agricultural fields surrounding the area, that children played in summer in an open area of the compound, and that there was a kindergarten and schools, and also a prayer room!

All this detail paints a very intimate picture: we can imagine the setting and the subsequent horrors.

But whereas the report is quite long on such details, it is scant on one rather important thing: evidence.

It relays what purported events took place, but again gives no specifics on who the cited sources are or on why they should be credible, given that Idlib is under the control of al-Qaeda.

Having myself looked into previous anti-Syria war propaganda, including articles by the New York Times, I have found that, time and again, sources cited inevitably display allegiance to terrorist groups.

For claim number two, the report again refers to intercepted communications “in the Russian language,” a claim which stands against that of Russia’s Defense Ministry on its pilots’ communication policies.

Again, no supporting visuals are included in the report.

In fact, in the entire 24 pages, a sole photo is provided: a detailed map of Syria.

We are simply meant to take the word of the commission.

It’s possible that the UN commission also relied on the report of Human Rights Watch. However, that report is also replete with anonymous sources and devoid of names and evidence.

Based on all of these vague points, the UN commission concluded “reasonable grounds to believe” the guilt of Russia having committed war crimes.

Since when do we need more than that, right? Think WMD Iraq…

You would imagine since the commission’s mandate is to report all war crimes in Syria since 2011, it would be replete with massacres committed by terrorists, including the incessant beheadings, rapings, public executions, torture, the underground prisons (including under hospitals), the caging of civilians and use of them as human shields.

Scrolling through the commission’s archives, one finds only reports echoing the war propaganda popular at any given time, vilifying the main parties fighting al-Qaeda, Islamic State (IS, formerly ISIS) and other terrorists in Syria: Syria and Russia.

The latest report covers the period from July 2019 to January 2020. Yet, while briefly admitting the presence of al-Qaeda in Idlib, the report does not highlight the terror of civilians targeted by al-Qaeda & co in areas they control, something which colleagues and myself .

And nowhere could I find reports of the terrorist bombings of civilians in Aleppo city, which have occurred routinely, long since the liberation in late 2016 of Aleppo City until only recently, when Aleppo’s countryside was restored to peace, all to the silence of corporate media.

Accusations of war crimes are a serious matter, requiring solid, transparent, evidence. From what the UN has presented, there is no clear evidence. Instead, there is a lot of “we say so,” and otherwise a reliance on sources and witnesses not named and quite possibly al-Qaeda-affiliated. In what court of law would such sources be considered acceptable?

The UN, US, and Western media play a guilty-until-proven-innocent game when it comes to their accusations against Syria and Russia. But it is they who have proven time-and-again to be guilty of war propaganda and of whitewashing terrorism in Syria.

Eva Bartlett is a Canadian independent journalist and activist. She has spent years on the ground covering conflict zones in the Middle East, especially in Syria and Palestine (where she lived for nearly four years). Follow her on Twitter @EvaKBartlett