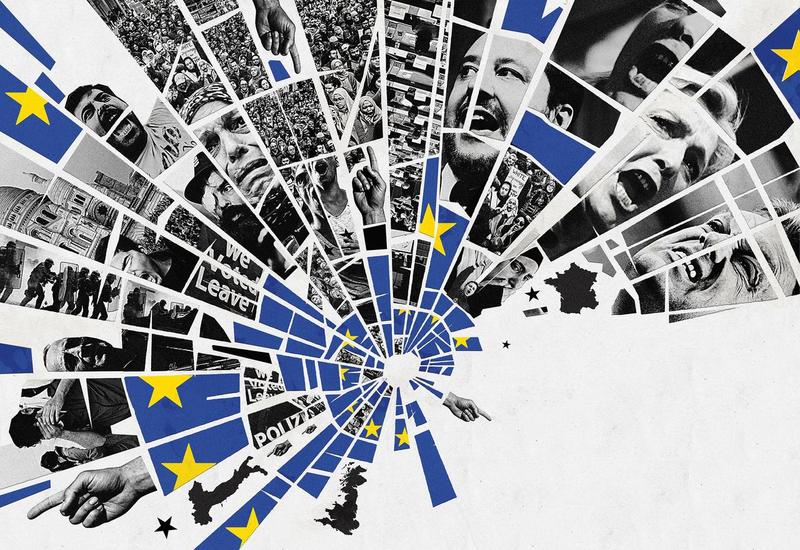 Since the outbreak of coronavirus in Italy, Italians have learned that other European Union member states do not always practice the beautiful words that they like to preach — especially solidarity.

The EU has invoked the solidarity principle when it comes to receiving migrants: During the 2015 migrant crisis, the EU assigned each EU country a fixed quota of migrants and refugees to accept. In 2017, the EU took Hungary, Poland and the Czech Republic to the Court of Justice of the European Union (CJEU) over their refusal to take migrants. In late October 2019, the Advocate General, legal advisor to the Court, said that EU law must be followed and that the EU’s principle of solidarity “necessarily sometimes implies accepting burden-sharing”. The Court has yet to issue a ruling on the issue, but it usually follows the advice of the Advocate General.

The EU even has a specific unit, the Emergency Response Coordination Centre (ERCC), which operates under the EU’s Civil Protection Mechanism, which helps both EU and certain non-EU states with crisis management, in accordance with the solidarity principle. This is where Italy appealed for help at the beginning of its coronavirus crisis — and received in return exactly nothing.

“We asked for supplies of medical equipment, and the European Commission forwarded the appeal to the member states,” Italy’s permanent representative to the EU, Maurizio Massari, told Foreign Policy. “But it didn’t work.”

In addition, Germany and France, leading EU member states, even imposed bans or limitations on the export of facemasks and protective equipment. This drew mild criticism from European Union officials, such as Stella Kyriakides, the EU’s Commissioner for Health and Food Safety, who had to remind member states, fruitlessly, that, “Solidarity is key.”

In the past, EU member states have shown solidarity. According to its website, since its inception in 2001, the EU Civil Protection Mechanism has responded to more than 330 requests for assistance inside and outside the EU. In July 2018, for instance, when Sweden was facing widespread wildfires, primarily forest fires, EU member states sent firefighting assistance.

The coronavirus outbreak, however, is different from geographically isolated crises, such as forest fires in a member state that can be managed by pooling firefighting or other resources. When an entire continent is in the midst of a highly contagious virus epidemic, solidarity becomes a more complex issue. Every state inevitably considers whether it can afford to send facemasks and protective equipment that might be needed for its own citizens. In other words, every state considers its own national interest first. In the case of Italy’s appeal for help, EU member states made their own interests their highest priority. This is classic state behavior and would not have caused any outrage prior to the establishment of the European Union.

What the coronavirus crisis reveals is that the member states of the European Union will revert to national interests when extreme circumstances call for it. While such revelations may not spell the immediate end of the European Union, they certainly raise questions about the point of an organization that pledges solidarity as a founding principle, but abandons that principle the moment it is most called for.

Coronavirus, however, is not the only recent issue to put into question the viability of the European Union.

The current crisis on the Greek-Turkish border has shown the EU not only as unhelpful, but an actual liability: The EU left an already overwhelmed Greece to deal with the migrant crisis — manufactured by Turkish President Recep Tayyip Erdogan for political gain — on its own, despite the apparent rhetorical support by European Commission President Ursula von der Leyen, who called Greece Europe’s “shield”.

On top of Europe’s attempts to deal with the coronavirus outbreak, the EU Commissioner for Home Affairs, Ylva Johansson, ordered that Greece must allow the migrants that Erdogan transported to the border to apply for asylum. Greek Prime Minister Kyriakos Mitsotakis had announced earlier that Greece was suspending all asylum applications based on article 78 (3) of the Treaty on the Functioning of the European Union, which states:

“In the event of one or more Member States being confronted by an emergency situation characterised by a sudden inflow of nationals of third countries, the Council, on a proposal from the Commission, may adopt provisional measures for the benefit of the Member State(s) concerned”.

Ylva Johansson, however, said that the commission would not propose suspending the right to asylum:

“Individuals in the European Union have the right to apply for asylum. This is in the treaty, this is in international law. This we can’t suspend.”

Suspending all common sense, however, is apparently something of which the EU is fully capable. As Johansson was making her irrational demands to Greece at a time when Europe was at a breaking point grappling with the coronavirus outbreak, German Chancellor Angela Merkel appeared to show signs that she might submit to Erdogan’s migrant blackmail. Less than two weeks after Erdogan had thousands of migrants transported to the border with Greece, Merkel said, according to a report by Die Welt, that she would work “with all her strength” to “take the EU-Turkey agreement to a new level”.

The agreement to which Merkel was referring is the 2016 deal between the EU and Turkey, to hold migrants in Turkey in exchange for six billion euros. Up until now, the EU had focused less on Turkey’s other demands, also written in the 2016 deal, but Merkel’s recent statement brought the issues back into focus: Visa-free travel for Turks in the EU, duty-free movement of Turkish goods within the EU, the setting up of a “safe zone” in northern Syria, and the resumption of regular meetings between Turkey and the EU.

If the EU were to approve visa-free travel for Turks — or whoever has the means to buy a Turkish passport — millions of Turks would be able to enter the EU legally and potentially “disappear” there. Already at breaking point, the EU would arguably become a very different kind of “European” Union with Turkey, a country of 80 million people, literally invited to enter Europe.

Germany also pledged more money for Turkey. According to Deutsche Welle, Merkel told Erdogan that she was willing to increase EU funds for “the care of refugees in Turkey in return for Ankara stopping thousands of refugees attempting to cross the Turkish-Greek border”.

Turkey’s migrant blackmail worked surprisingly well and surprisingly fast. “We must not allow refugees to be turned into pawns for geopolitical interests,” announced German Foreign Minister Heiko Maas at the beginning of the Greek border crisis. “No matter who tries, they must reckon with our resistance.” Germany, and the EU with it, has been exposed as a house of cards. As the house folded, the world was left in little doubt that Erdogan was running the show.

Consequently, on March 18, Erdogan announced that the migrant crisis that he had orchestrated was officially over: Turkey was closing its borders with Greece and Bulgaria, ostensibly due to the coronavirus. The Telegraph cited reports from Turkish news website Medyascope that around 150 buses had been readied to collect migrants from the border and ferry them back to Istanbul and refugee camps. Erdogan got what he wanted.

All Erdogan needs to do now it sit back and wait for the EU, with Merkel at the helm, to meet his demands.