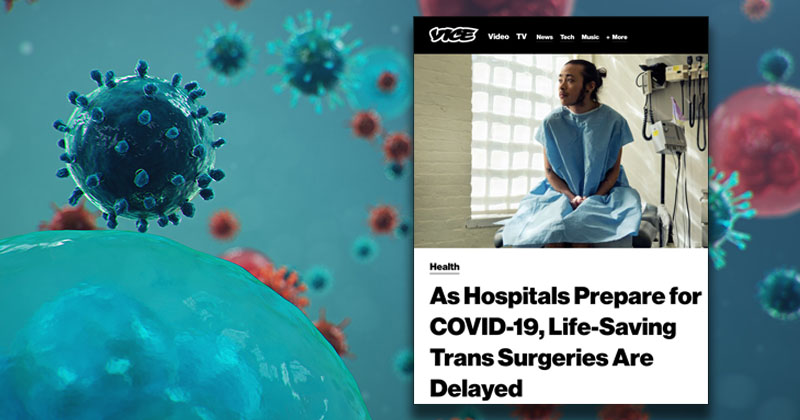 Transgender individuals are experiencing “enormous stress and disappointment” over the fact that the coronavirus has delayed their “life-saving” gender-affirming surgeries due to the massive influx of infected patients, according to Vice News.

“Trans communities on Reddit and Twitter are being flooded with reports of postponed and canceled surgeries in the U.S., U.K., Spain, Thailand, and elsewhere, leading to enormous stress and disappointment on top of a global health crisis,” Vice reported. 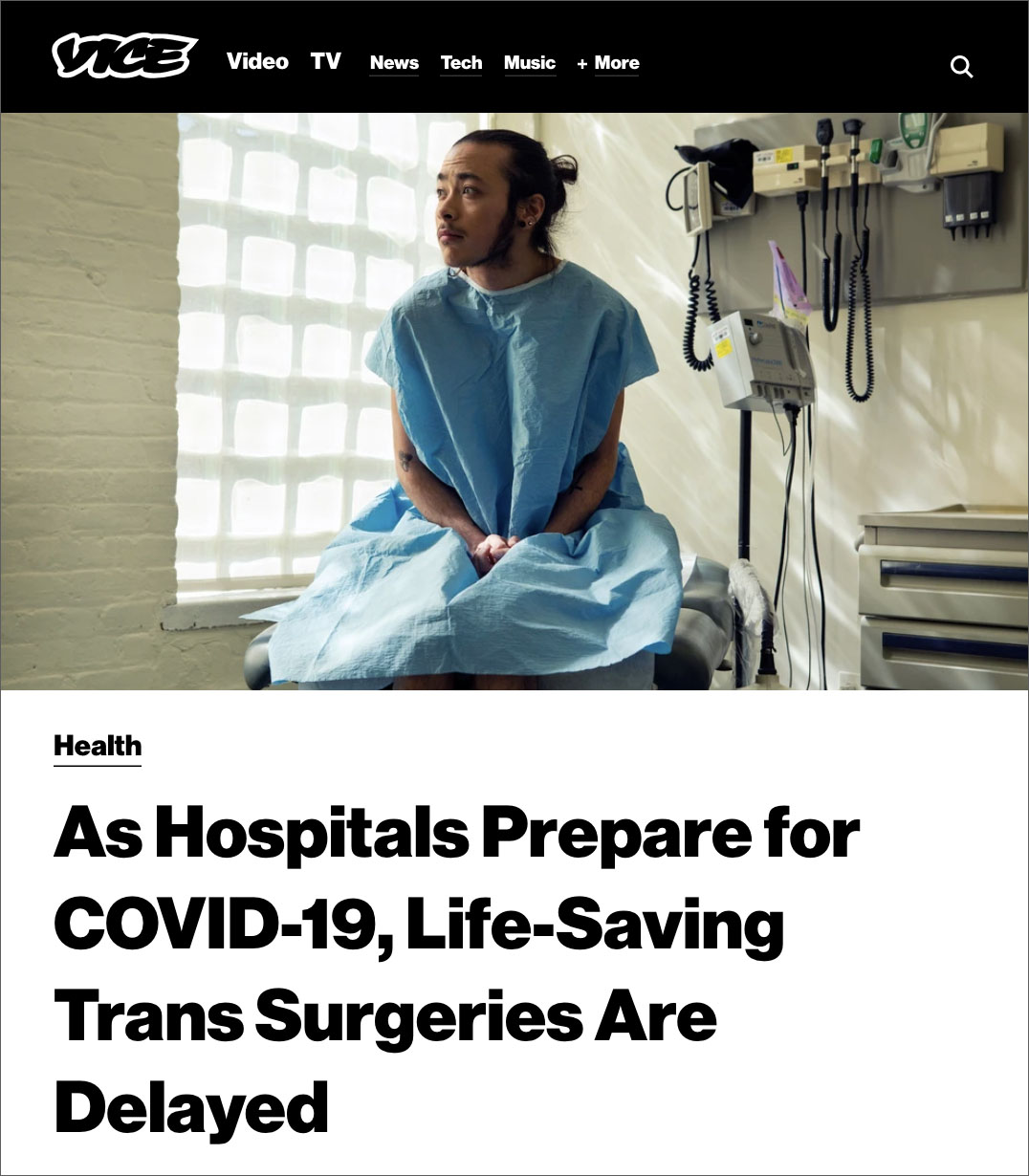 Vice went on to call the delays in gender surgeries due to the global coronavirus crisis “life-threatening” to transgender individuals, though it’s unclear exactly how refraining from removing one’s genitalia endangers the individual.

“Further delays can be dangerous and even life-threatening,” Vice reported. “Research has suggested that gender-affirming surgery, in particular, has a notable and long-term impact on mental health, but far too often, trans people already wait far longer than is safe or healthy for this care.”

Despite the fact that international travel has ground to a halt, entire cities are on lockdown, the global economy is deteriorating, and in Italy is struggling to cremate its dead bodies, Vice thinks that transgender surgeries are top the priority.

Get in line, transgender folks, because the rest of the world is experiencing “enormous stress and disappointment” too.

Humanity is not sending its best.