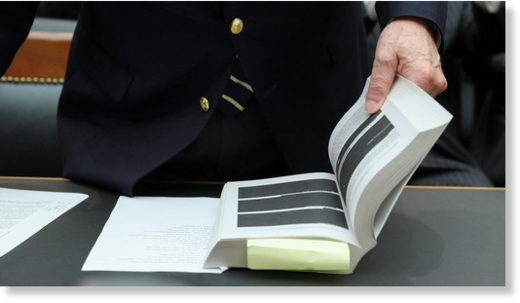 The US is dropping the much-hyped indictment for ‘election meddling’ against a company supposedly behind the so-called Russian troll farm, closing the opening chapter of special counsel Robert Mueller’s Russiagate investigation.

Further pursuing the case against Concord Management & Consulting LLC, “promotes neither the interests of justice nor the nation’s security,” the Department of Justice wrote to the federal judge overseeing the case on Monday, in a motion to drop the charges.

DOJ lawyers cited “recent events and a change in the balance of the government’s proof due to a classification determination,” saying only that they submitted further details in a classified addendum.

For a snapshot in time, this was the NYT homepage after the Russian troll farm indictment back in February 2018. Russia, we were told, "is engaged in a virtual war against the United States." pic.twitter.com/Z0xXCZoT9P

Concord was one of the three companies – the Internet Research Agency is another – and 13 individuals charged in February 2018 with waging “information warfare against the United States of America” using social media.

The DOJ rationalizes the motion to dismiss by arguing that Concord is “a Russian company with no presence in the United States and no exposure to meaningful punishment in the event of a conviction.” That has always been the case, however. What really changed since the indictment was filed is the complete implosion of Mueller’s case, helped in part by Concord fighting the case in court.

The motion inadvertently reveals that Mueller’s prosecutors never intended the case against Concord, two other entities and 13 individuals to actually go to trial, otherwise they would have anticipated what ended up happening: Concord’s lawyers demanding discovery documents from the DOJ, which the US authorities say risks “exposure of law enforcement’s tools and techniques.”

But the Russians *did* show up, got to claim they were innocent until proven guilty, availed themselves of discovery, tied up the court in time, cost hundreds of thousands of $ in legal bills for DOJ, and gave Mueller a few black eyes in the process, and ended up victorious

Mueller’s team tried to fight the discovery proceedings by arguing in January 2019 that Concord was leaking them to “discredit” the investigation. Within two months, however, the investigation discredited itself, by having to admit there was no “collusion” between US President Donald Trump during the 2016 presidential election.

They still insisted that Russia had “meddled” in the election, but there too the case proved a problem. Concord successfully petitioned Judge Dabney L. Friedrich in May last year to rebuke the prosecutors for presenting their allegations as facts.

This is not to say that the DOJ is ready to disavow ‘Russiagate’ as a debunked conspiracy theory, however. Though the Concord case was dropped, the charges against the Internet Research Agency and the 13 Russian individuals were not. Given that none of them have a presence in the US, and have not dignified the indictment with a response, it is unclear how – if at all – the DOJ intends to proceed with the case.

Keeping it on the books may keep the flames of ‘Russiagate’ alive, though, which is very convenient for the media and others heavily invested in the narrative of Moscow somehow menacing US elections, despite not a shred of actual evidence being presented to back it up.