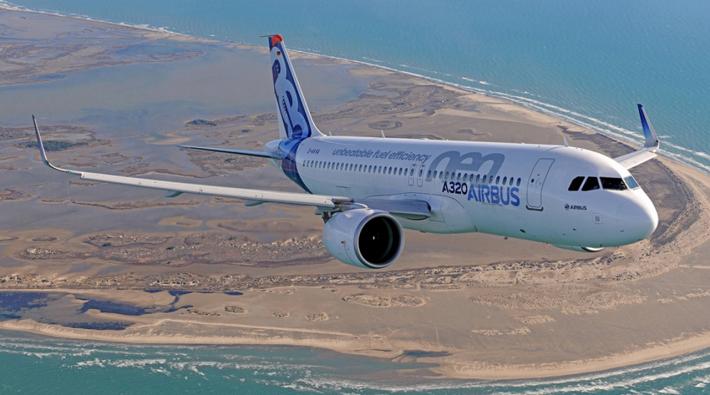 This is not the first time Israel has used civilian passenger as cover to launch missiles strikes. Last month Israeli Air Force jets struck at Syria troops using the flight path of an Airbus A320 from Tehran as cover, forcing it to make an emergency landing at Hmeymim airbase in Latakia province.

On Christmas Day 2018, six IAF jets used the flight paths of civil airliners to get into position before launching missile strikes into Syria.

So hiding behind civilian jets now appears to be a favoured tactic used by the Israeli Air Force. In effect they are using airline passengers as human shields, which is what terrorists do when they take civilian hostages. Ed

A passenger jet and cargo jet were forced to take diversionary measures to avoid being struck by crossfire after Syrian air defence installations were activated.

Two civilian planes had to take diversionary measures after Israeli fighters jets piggybacked on their flight trajectory in a bid to attack targets in Syria.

Israeli jets were reportedly attempting to use Israeli airspace to launch missiles targeting Syrian military installations near Homs and Quneitra.

Footage on social media in the early hours of Thursday morning showed what appeared to be the light streaks of anti-aircraft batteries towards the skies targeting Israeli jets.

Following the Israeli attack, it emerged that one civilian passenger jet and one cargo jet had to make emergency manoeuvres to avoid being struck by the crossfire.

According to Flightradar24, an open-source flight tracking service, the flights were QR8294 travelling from Basel, Switzerland, to Doha, Qatar and passenger plane QR419 flying from Beirut, Lebanon, to Doha

The Israeli move could have potentially led to a human tragedy, similar to what happened in Iran recently with a passenger jet that the Iranian government mistook a Boeing 752 for a missile strike.

In 2017, when Israeli fighter jets using a Russian military plane as a cover to conduct attacks in Syria it was accidentally shot down by the Syrian S200 missile system.

Israeli has regularly attacked Syria even before the onset of the civil war that began in 2011. Since the Assad regime has attempted to quell the rebellion to his rule with Iranian, Russian and Hezbollah backing, Israeli attacks have increased in frequency.

The Tel Aviv government is worried about the growing Iranian presence on its border and the supply of weapons to Hezbollah.

While Israel does not publicly comment on its strikes in Syria it has attempted to take action by targetting Hezbollah, Iranian and militia activity in southern Syria. The Assad regime has confirmed some of these Israeli attacks.

Hezbollah and Iranian proxies have attempted to respond to Israeli attacks.

When pressed in early February, Israeli Prime Minister Benjamin Netanyahu, refused to comment on an Israeli airstrike instead deflecting by suggesting that “It might have been the Belgian Air Force.“

During the Syrian war, Iran has incrementally expanded its influence in southern Syria, in particular, to put further pressure on Israel.

In Lebanon, Hezbollah, one of Iran’s most powerful proxies already has a powerful presence, however, Syria has been used by Tehran to expand the strategic depth of Iranian influence.

The Israeli Defense Minister Naftali Bennett was recently quoted as saying: “We will remove Iran from Syria in the near future.”

Going on to add “They are not neighbours, they have no reason to settle next to Israel.”