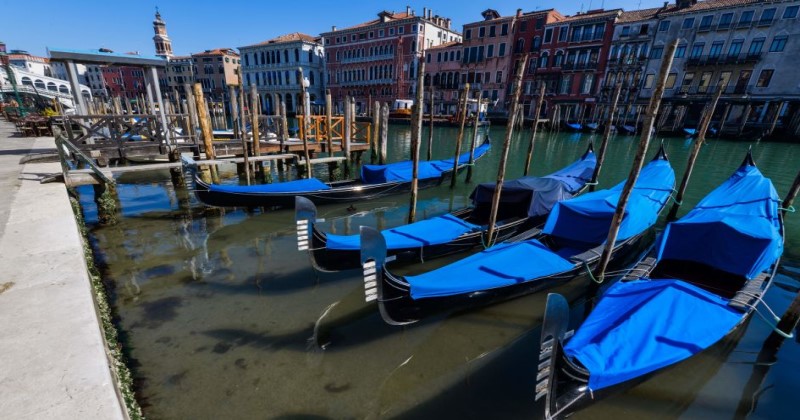 Without tourists and boats, waters are the most clear they’ve been in decades

The world famous canals of Venice, Italy are reportedly the cleanest they’ve been presumably since the invention of motorized boats as a COVID-19 lockdown has cleared the waters of tourists and citizens.

Italian Prime Minister Giuseppe Conte ordered a country-wide shutdown earlier this month forbidding people to leave their homes unless going to work, a hospital or for emergency reasons.

Since then, for the first time since their invention, motorboats have stopped moving throughout the city’s waters.

It didn’t take long for Mother Nature to react to the newly cleared canals and for the first time in decades wildlife came back into the city’s waters.

Thought I’d spread abit of positivity for you guys. Since the lockdown of Venice without the pollution from boats the water has been begun to clear up and a dolphin has been spotted in the canal for the first time in nearly 60 years! #venice pic.twitter.com/dbq4mGhfnp

😳 😳 😳 #venice
An unexpected side effect of the pandemic: 💧Water's flowing through the canals of Venice is clear for the first time in forever.
🐟 🦢 The fish are visible, the swans returned pic.twitter.com/crWf4kdZ1M

This is how the water and the canals looks like in Venice Italy since the quarantine!

They are people they lived there all their life and never saw the bottom of a canal like Now 👇 pic.twitter.com/VQzbDCykF8

Venice, Italy.
The quarantine had some positive side effects. The water flowing in the canals is finally clear. The fish are visble and the swans have returned. 💙 pic.twitter.com/XDVRev8rmT

After a week of lockdown… The canals in Venice are all clear and full of fishes. Kinda gives you the idea what will happen to Earth without Humans! pic.twitter.com/FVc7N8vmty