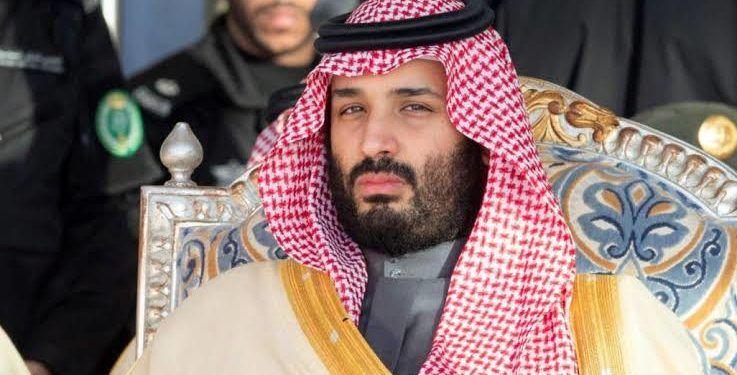 A political expert believes the new wave of arrests of Saudi princes and top officials is because Mohammed bin Salman is a paranoid person and intends to get rid of any threat to his monarchy.

Kamran Karami has pointed to Bin Salman’s recent arrest of his younger brother Ahmed bin Abdulaziz and former Saudi crown prince Mohammed bin Nayef, saying reports and information suggest that the arrest of the two key figures was carried out with the codename of “great betrayal”. But what this means to Bin Salman cannot be judged at the moment.

“However, if the background to this action is considered, it is clear that since becoming crown prince Bin Salman has seen the two princes, who are particularly popular among people, princes, military and security officials, as a threat to his position.”

A look at Bin Salman’s actions indicates that he has long sought to make a second wave of arrests following the first wave of 2017 at the Ritz-Carlton Hotel.

In fact, it seems the new purge of royals won’t remain restricted to the two princes, and we may see some new names in the future, possibly the names of military commanders. If the king of Saudi Arabia dies, it will be possible for the two princes to disobey Bin Salman and pose a serious threat to the future of his kingdom.

“However, Prince Ahmed bin Abdulaziz and Mohammed bin Nayef, who have held senior positions in the Saudi Ministry of Security for years, have the potential to do so, contrary to the structure of power in the country.”

According to Karami, in fact, they have the power and popularity to collude with the military commanders, but the whole process is contrary to this. Even after returning to Saudi Arabia, Ahmed bin Abdulaziz has not taken any tangible action to threaten the crown prince, but he remains concerned about the era after his father’s death.

“From the point of view of Bin Salman, any figure in Saudi Arabia who wants to challenge him will be eliminated. On another level, anyone who wishes to tarnish his Vision 2030 document will not be tolerated. He believes that Saudi Arabia is on the right track; women have special legal rights, young people can go to concerts and so on. In his view, all the goals of the 2030 document are being achieved. So the aim of the purges, which culminated in 2017 and last Friday, is to facilitate the access of Mohammed bin Salman to the throne, the implementation of the 2030 document, and consolidation of his power and regional status,” noted the Iranian expert.

Karami went on to say that the kingdom of Mohammed bin Salman seems largely guaranteed, but only Prince Ahmed bin Abdulaziz and Muhammad bin Nayef were the two figures who could disrupt his access to the throne. Since 2017, Mohammed bin Nayef has been under house arrest and Ahmed bin Abdulaziz travelled to London. It was only the guarantee of Americans and the wish of Bin Salman that brought him back to Saudi Arabia. All in all, the path to the reign of MbS is very smooth. However, the actions of Bin Salman over the past few years show that he is a paranoid and intends to tackle any threat on the monarch’s path. He seeks to sit on the throne before his father’s death, because in this way the possibility of his success will be much higher. This comes as King Salman’s illness has developed and Mohammed bin Salman hopes his father resigns, contrary to the tradition of the past. This could be a new trend in Saudi Arabia’s power structure.

Bin Salman’s new arrests are the latest show of the crown prince’s willingness to take extraordinary measures to supress any apparent rival.

Crown Prince Mohammed first demonstrated his iron feast on the kingdom in 2017 by locking up hundreds of royal relatives and well-off Saudi businessmen in a Ritz-Carlton hotel.

The next year he gained international infamy by presiding the killing of the journalist Jamal Khashoggi inside the Saudi Consulate in Istanbul — an assassination that many believe the prince ordered.

The recent arrests come at a time when fears about the impact of the coronavirus have reduced the price of oil, the main source of the kingdom’s income, and the crown prince’s plans to diversify the Saudi economy have failed so far.

The Saudis familiar with the arrests say it is not clear where the new detainees are being held, if they may face criminal charges, or whether they may soon be released.