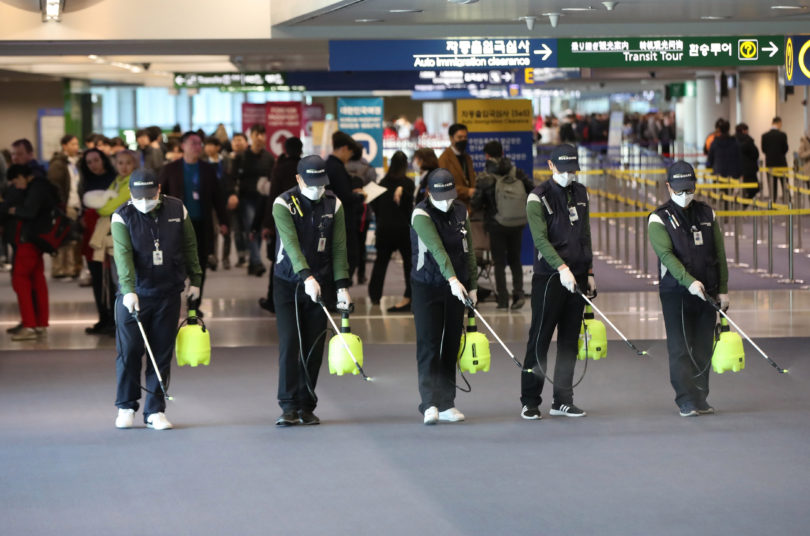 Yes, prior to Gulf War 2, all sorts of people were lying about WMDs in Iraq. There was the whole business about the yellowcake and Niger, and Colin Powell speaking before the UN.

There was a WMD depot in Iraq that wasn’t a depot.

There were people who said they had secret evidence Saddam shipped weapons out of the country. And maybe they did have evidence.

But this is a different story. It involves the prospect of inspectors finding very serious weapons and then saying, “Wait! The weapons’ containers have American labels on them!”

That didn’t happen, but it could have. And then what a fiasco would have ensued, since the US government was about to wage war to “end Saddam’s threat.” Yet, the US had armed him.

In 1975, the US signed on to an international treaty banning the production, use, and stockpiling of biological weapons. Ditto for chemical weapons, in 1993. Another treaty.

Here’s a quote from the Washington Post (9/4/13, “When the US looked the other way on chemical weapons”): “…The administrations of Ronald Reagan and George H.W. Bush authorized the sale to Iraq of numerous items…including poisonous chemicals and deadly biological viruses, such as anthrax and bubonic plague…”

Between 1985 and 1989, a US 501C3 firm, American Type Culture Collection, sent Iraq up to 70 shipments of various biowar agents, including 21 strains of anthrax.

Between 1984 and 1989, the CDC (Centers for Disease Control) sent Iraq at least 80 different biowar agents, including botulinum toxoid, dengue virus, and West Nile antigen and antibody.

This information on the American Type Culture Collection and the CDC comes from a report, “Iraq’s Biological Weapons Program,” prepared by the James Martin Center for Nonproliferation Studies (CNS).

Then we have a comprehensive article by William Blum in the April 1998 Progressive called “Anthrax for Export.” Blum cites a 1994 Senate report confirming that, in this 1985-1989 time period, US shipments of anthrax and other biowar agents to Iraq were licensed by…drum roll, cymbal crash…the US Dept. of Commerce.

Blum quotes from the Senate report: “These biological materials were not attenuated or weakened and were capable of reproduction. It was later learned that these microorganisms exported by the United States were identical to those the United Nations inspectors found and removed from the Iraqi biological warfare program.”

This 1994 Senate report also indicates that the US exported to Iraq the precursors for chemwar agents, actual plans for chemical and biowar production facilities, and chemical-warhead filling equipment. The exports continued until at least November 28, 1989.

Blum also points out that a 1994 Pentagon report dismissed any connection between all these biowar agents and Gulf War Illness. But the researcher who headed up that study, Joshua Lederberg, was actually a director of the US firm that had provided the most biowar material to Iraq in the 1980s: the American Type Culture Collection.

Now, as to other US companies which dealt biowar or chemwar agents to Iraq—all such sales having been approved by the US government—the names of these companies are contained in records of the 1992 Senate hearings, “United States Export Policy Toward Iraq Prior to Iraq’s Invasion of Kuwait,” Senate Report 102-996, Senate Committee on Banking Housing and Urban Affairs, 102d Congress, Second Session (October 27, 1992):

There are about a dozen more.

This also from the Blum article: “A larger number of American firms supplied Iraq with the specialized computers, lasers, testing and analyzing equipment, and other instruments and hardware vital to the manufacture of nuclear weapons, missiles, and delivery systems. Computers, in particular, play a key role in nuclear weapons development. Advanced computers make it feasible to avoid carrying out nuclear test explosions, thus preserving the program’s secrecy. The 1992 Senate hearings implicated [Hewlett Packard, Palo Alto, CA — among others].”

Hewlett Packard said that the recipient of its shipments, Saad 16, was some sort of school in Iraq. But in 1990, the Wall St. Journal stated that Saad 16 was a “heavily fortified, state-of-the-art [Iraqi] complex for aircraft construction, missile design, and, almost certainly, nuclear-weapons research.”