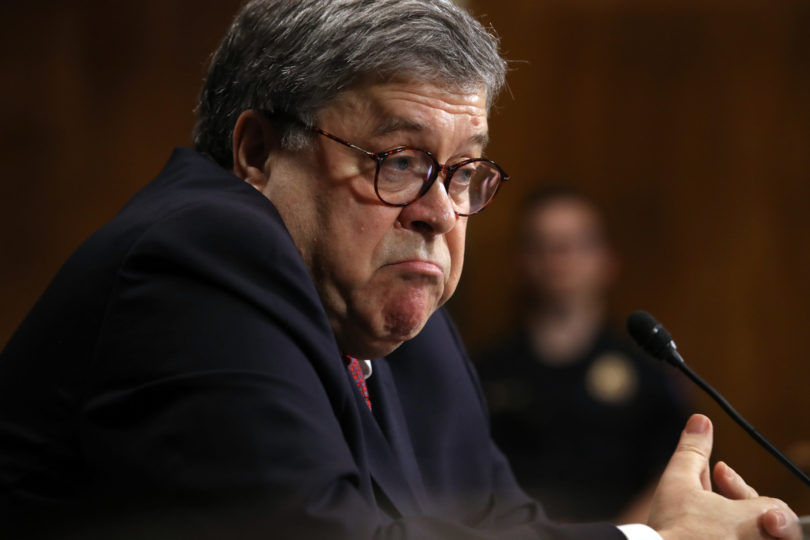 Donald Barr, who was the Father of the current Attorney General — William Barr — wrote four books. One of the satanic titles was Arithmetic for Goats, another was Space Relations. The following is one of the Amazon’s customer critiques of the latter Science Fiction book which, overall, got one and one half stars.

Attorney General Barr was the first one to publicly and
officially state that “Jeffery Epstein killed himself!”

If Andrew McCabe goes free and Roger Stone can be sentenced to nine years in jail, then there is no justice in America! If this cannot be reconciled then the spiritual war that is ongoing in this country and on this planet will be replaced with an all-out shooting war.

When the monsters in charge, which really are not human, cannot keep their control in place by lies and propaganda, they will resort to the most powerful GENOCIDAL weapons of our time. Nuclear weapons during the 20th century and now BIOWEAPONS, as well as advanced technology such a DIRECTED ENERGY WEAPONS and WEATHER WARFARE WEAPONRY in the 21st century!

Who are they? They are the ones that America’s Christians have been bamboozled into the mistaken belief that they are the Chosen People. They have been chosen, not by God but by their Anti Terrestrial leaders to subjugate the population of Planet Earth. Nothing else makes sense!

The difference between those charged and those who get a pass goes far beyond political party, country of origin, religion, ABC agency representation, education, or anything else that  most people think makes an “individual” subject to the rule of law in this Country or on this Planet!