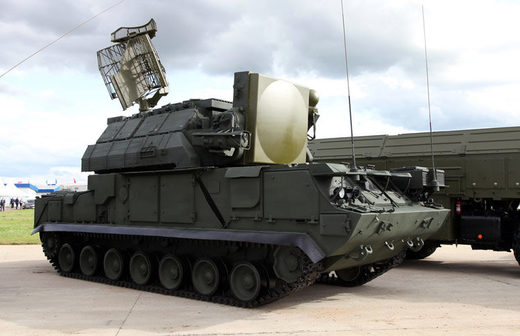 Russia provided Israel security codes to access Iran’s Tor- M1 air-defense systems in exchange for an Israeli handover of codes to “hack” drones sold to Georgia, according to a leaked email from a private American intelligence company.

An employee for Stratfor wrote the report, dated February 2009, and cited a “Mexican source,” described as a former police officer and a current military analyst.

WikiLeaks published the email and announced this week that it was targeting Stratfor by releasing over 5 million emails stolen from its servers.

“I inquired more about the compromised Israeli UAVs. What he explained was that Israel and Russia made a swap – Israel gave Russia the ‘data link’ code for those specific UAVs; in return, Russia gave Israel the codes for Iran’s Tor-M1s,” the email said.

The Tor-M1 defense system is made up of launch vehicles carrying batteries of surface-to-air missiles. It can detect and track up to 48 targets in the air, and can operate in an “intensive aerial jamming environment,” according to the Defense Update website.

Iran purchased 29 systems from Russia in 2005, the website said.