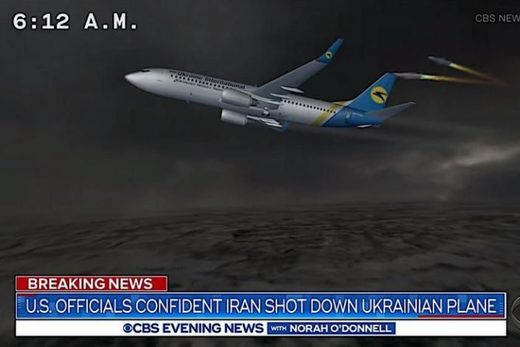 In this installment of Warfare Evolution, we discuss 6th generation warfare (6GW), which leverages sophisticated technology to manipulate space and time. As Arthur C. Clarke said, “any sufficiently advanced technology is indistinguishable from magic.”

To illustrate the 6W concept and the advantage it brings let’s start with some historical examples where 6GW magic was used for battlefield advantage. On 7 June 1981, the Israeli Air Force attacked and destroyed the French-built Osirak nuclear reactor just outside Baghdad, Iraq during “Operation Opera.” Iraq was in the middle of a war with Iran at the time, and Israeli jets executed undetected reconnaissance runs into Iraqi airspace during the conflict, finding a blind spot in the Iraqi radar coverage on their border with Saudi Arabia. Using that blind spot, at 18:35 hours on 7 June, eight F-16A Israeli jets entered Iraqi airspace undetected and hit the dome of the reactor with eight of the sixteen 2,000-pound bombs they dropped. The Iraqi air defenses saw nothing abnormal on their radar screens.

Operation Opera used a flaw in the Iraqi radar coverage to manipulate space and time (as seen by the Iraqi air defenses). In Operation Orchard, Israeli ELINT systems took control of Syrian air defense radar systems and manipulated space and time (as seen by the Syrian air defenses). Additionally, both missions compressed time for the Iraqis and the Syrians (they had no time to react), and expanded time for the Israelis (allowing them time to complete their mission unmolested). These examples show the future of 6GW. Maybe the definition of space-time manipulation will help you understand the principles better.

6GW makes me think of a quote from Sun Tzus The Art of War: “All warfare is based on deception. Hence, when we are able to attack, we must seem unable; when using our forces, we must appear inactive; when we are near, we must make the enemy believe that we are far away; when far away, we must make him believe we are near.”

The Suter ELINT systems we have today, created by the Air Force’s “Big Safari” program, have advanced much further since 2007. They can secretly invade and control an enemy’s air defense radar systems, move their sensors and create a blind spot, and show normal air traffic screens while our fighters, helicopters, unmanned aerial vehicles (UAVs), or bombers are approaching their targets undetected. We can show them recordings of normal air traffic patterns from last week. We can also show them screens with unidentified aircraft coming at them when none exist in their airspace. That gives our intelligence people the opportunity to track and record their response to a perceived (but false) attack, discover their command and control structure, DF (direction find) their SAM (surface-to-air missile) locations when they come up, intercept their communications traffic, and RFP (radio fingerprint) their transmitters (each one identified with a specific military unit). Once we have that information, we can further manipulate space and time, from our enemy’s perspective, and shroud them in a debilitating “fog of war.”

On this point, of discovering the command and control structure of our enemies, and the locations of their assets, we can do amazing things. As a purely hypothetical example here, just send in a few SEALS on Zodiac rubber boats from a submerged submarine, to the isolated and lightly-monitored shores of our enemy. Let the SEALS mill around for a while, and leave a lot of trash-MRE wrappers, spent rounds, and footprints leading off in all directions – and then go back to the sub. Now, just wait for an enemy patrol to find the bait. They will come up on their radio and report the intrusion to their local commander. He will report it to his commander by radio, and on and on. The enemy will start sending troops and other assets from other locations to find any remaining intruders. Our intelligence RF intercept systems then DF, RFP, and record all the links and communications traffic, and Voila! Now, we have a map of their command and control structure. We can do the same with our UAVs.

The early primitive concept of manipulating space and time against enemy air defenses started in 1966, in North Vietnam, with the “Wild Weasel” EF-105 fighter jet program (the “E” stood for electronic, and the “F” for fighter). Some EF-105′s would fly ahead of the B-52s in Operation Rolling Thunder and act as flypaper, to attract enemy surface-to-air (SAM) radar contact around Hanoi. When the enemy SAMs locked onto the Weasel, the onboard computer in the back seat (replacing the weapons officer) would compute (DF) the location of the SAM site on the ground, and the aircraft would fly down the enemy radar beam envelope, fire its missiles, and destroy the SAM site before the SAM site could fire their missiles at the EF-105. The objective of the Weasels was to cleanse the area of threats to the B-52s coming in for their bombing runs behind them. The Weasel, and its missiles, could close the distance to the SAM site faster than the enemy radar could maintain lock-on and fire at the EF-105, or at least that’s the theory. Wild Weasel pilots were known to be invincible and crazy, so there had to be a better way of neutralizing enemy air defenses. That’s why we have the Suter systems today.

There are other ways we can manipulate space and time to our military advantage. We can jam radar and communications systems and make our enemy deaf, dumb, and blind. We can deprive the enemy of the information needed to position his assets and carry out an attack, or effectively respond to an attack. This is called electronic warfare (EW) The first example of this concept took place in April 1904, when the Russians jammed the RF communications between a group of Japanese Navy battleships in the Russo-Japanese war, with spark-gap transmitters. The Japanese could not plan and coordinate the shelling of a Russian naval base at Port Arthur, China.

We have platforms today, like the older EA-6B (Navy) Prowler, and the newer EA-18 (Air Force) Growler with extensive EW capability. Also, all our fighters and bombers are equipped with on-board EC (electronic countermeasures) systems. NERO (Networked Electronic warfare Remotely Operated) systems are being installed on our UAVs. And we have similar systems on our warships and submarines. The problem with jamming our enemy’s radars and communications is that it tells them we are there, and about to do something. That’s fine if already in a fight. However, taking over their systems and controlling them before the fight starts, gives our forces tremendous advantages.

Still skeptical? Look at what the scientists at Purdue University did in 2011. They modulated two light beams out of phase, in an optical fiber, creating a “hole in time.” In that hole, they placed data. Anyone intercepting that signal would only see a flat-line frequency of light, unless they know how to demodulate the out-of-phase light frequencies and retrieve the data. You can bet that the National Security Agency (NSA) and the crypto guys are interested in this technique of time manipulation.

There are many more examples of how we can manipulate space and time in 6GW warfare, but my evil masters will not give me the space to explain them here. Just understand that in 6GW, we are getting inside our enemy’s OODA loop (Observe, Orient, Decide, and Act). Once inside, we can control what they see and hear, what they think, what they decide, and what they do, all to our advantage.

In my next installment, we must recap what we have learned in this next generation warfare series, and speculate on what 7GW would look like (holographic warfare?). Meanwhile, let’s consider what Sun Tzu teaches: