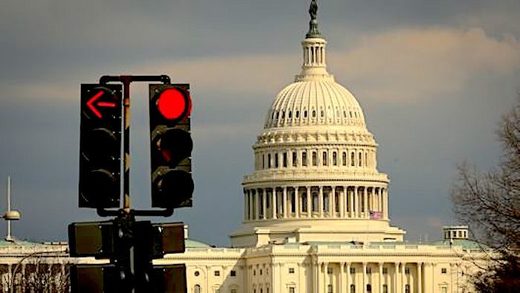 The House of Representatives has voted to restrict President Donald Trump’s ability to launch military strikes on Iran, and will debate a measure to repeal a 2002 act that gives the US broad war-making powers in Iraq.

The first bill, which would block Trump from using federal funds to for “unauthorized military force against Iran” passed by a largely party-line vote of 228-175. It comes two weeks after the House passed a symbolic resolution restricting Trump’s war-making powers. That resolution did not go on to the Senate for approval. Instead, it simply expressed the position of the House.

The second bill would repeal the 2002 Authorization for Military Force (AUMF) against Iraq, a law that granted the George W. Bush administration the power to wage war on Saddam Hussein, and has been used by successive administrations to launch operations throughout the Middle East. The House began debating the bill following the successful Iran vote.

Even if both bills pass the Democrat-controlled House, they will likely meet their end in the Republican-held Senate. Were they to pass the upper house, they would almost certainly be vetoed by Trump. On Wednesday, the president accused Democrats of using the bills to “make it harder for Presidents to defend America, and stand up to, as an example, Iran.”

Both bills were conceived in the aftermath of the US assassination of Iranian General Qassem Soleimani, who was killed in a drone strike in Baghdad earlier this month. The Trump administration used the 2002 AUMF to justify the strike, and as Iran responded with a volley of missile strikes on Iraqi bases used by US forces, Democratic lawmakers in Washington scrambled to draft legislation barring Trump from starting an all-out war on the Islamic Republic.

However, Trump opted not to respond with military force, and tensions between his administration and Iran have simmered down somewhat in the intervening weeks. Nevertheless, House Democrats have pressed ahead with their legislative efforts to muzzle Trump’s war powers. Even if the Senate sides with the House and repeals the 2002 AUMF, the 2001 AUMF still remains in force. Hastily written as America reeled from the 9/11 terrorist attacks, the 2001 act gives the president near-global war-making powers, rubber-stamping military action against anyone the president deems “planned, authorized, committed or aided” the 9/11 attacks. Since its passing, the act has been invoked 41 times to allow US military action in 19 countries including Afghanistan, Iraq, Syria, Somalia and Yemen – without a declaration of war by Congress.