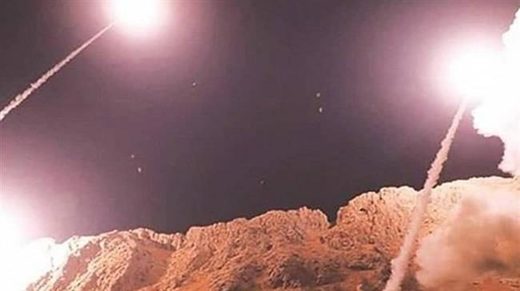 An Israeli military intelligence website says Iran’s recent successful counterattacks against the US’ Ain al-Assad Airbase in western Iraq strikes a note of warning for Israel as the occupying regime’s anti-missile systems are based on American models.

DEBKAfile, which is reputed to enjoy connections with informed sources within the Israeli regime, published the comments on Friday, two days after Iran’s Islamic Revolution Guards Corps (IRGC) unleashed volleys of ballistic missiles at Ain al-Assad in Iraq’s Anbar Province, and another outpost in Erbil, the capital of the semi-autonomous Iraqi Kurdistan, both of which housed US forces.

The strikes sought revenge for US airstrikes that assassinated Lieutenant General Qassem Soleimani, commander of the IRGC’s Quds Force, among others in Baghdad last week.

General Soleimani, who had won hard-earned reputation as the Middle East’s most revered anti-terror commander, cooperated closely with Iraq’s Popular Mobilization Units (PMU) and other regional counter-terrorism groups against the most deadly of the terrorist outfits to ever take on the region, including the Daesh Takfiri terrorists.

Soon after the assassination, Leader of the Islamic Revolution Ayatollah Seyyed Ali Khamenei said Washington was to face a “harsh revenge” for the atrocity.

The Israeli website billed the revenge strikes as the first missile attacks to take place on US military targets since the Korean War.

Commenting on the retaliatory strikes that hit Ain al-Assad, the website said they served to prove how well Iran had honed the precision of its missiles, describing the achievement as a “breakthrough.” It cited “one analyst” as saying that the counterattacks were precise enough to strike some individual buildings’ “dead center.”

DEBKA also adduced satellite images provided by American company Planet, which have shown the extent of the destruction caused to the airbase, including its hangars and buildings.

It said the success landed by the Islamic Republic could be either down to American early warning systems’ malfunction, or the US’ anti-missile equipment’s very failure to intercept the Iranian projectiles, or both.

‘Israel no safer from Iran missiles than US’

The Iranian revenge strikes bear “grave” implications for Israel, DEBKA wrote, adding, “Israel is more exposed than ever” to potential missile operations by the Islamic Republic.

“And if the US military is short of answers for defense against Iran’s ballistic missiles, Israel, whose early warning and anti-missile systems are based on American models, is in the same boat,” it added.

Only a day before DEBKA sounded the cautionary note for the regime, IRGC Aerospace Division Commander Brigadier General Amir-Ali Hajizadeh described the strikes against Ain al-Assad as only “the starting point of a great operation,” which would grow in sphere to cover the entire region.